Olivine is the most common mineral on Earth and very important rock forming mineral. The common term olivine refers to olivine group minerals and to IMA valid mineral forsterite. This article will focus on forsterite, which is very popular gem and forms crystals popular among collectors. 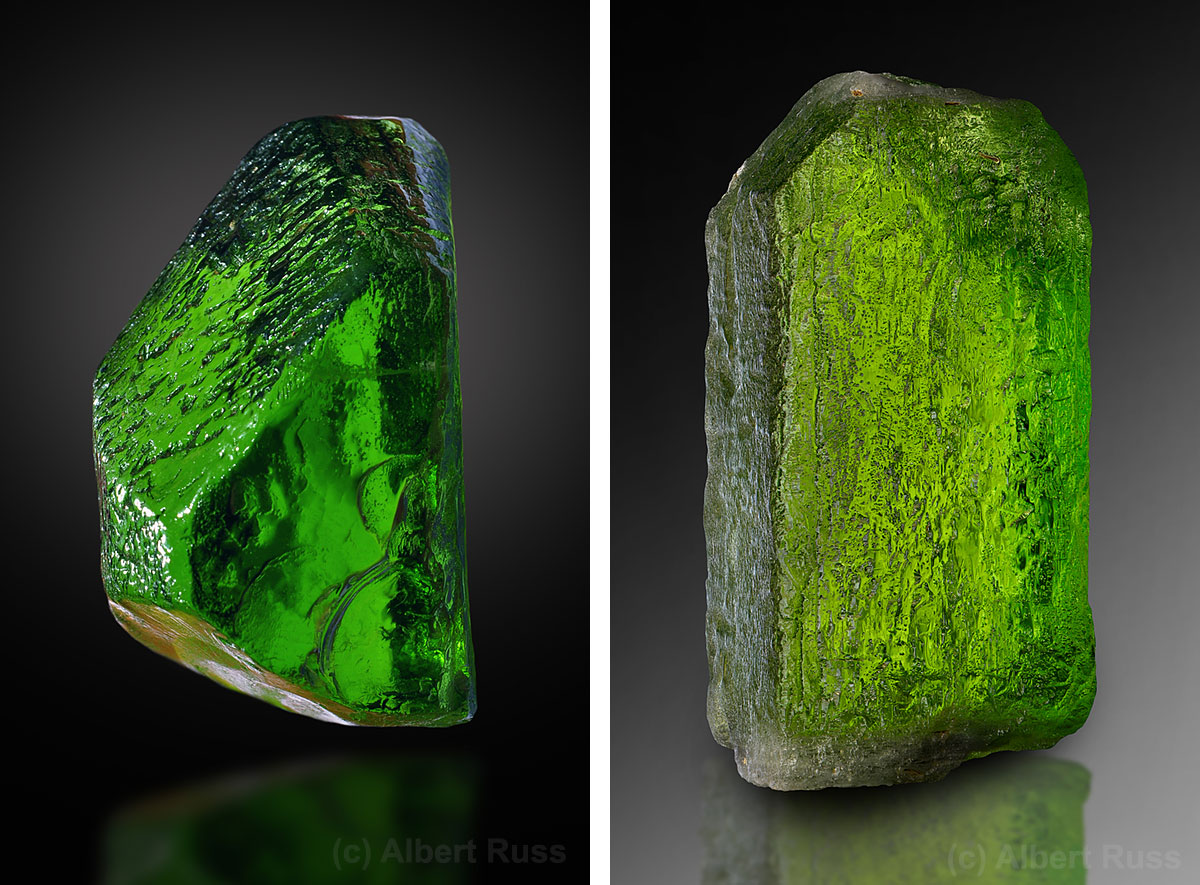 Forsterite is the only common mineral from the olivine group, natural fayalite and tephroite are quite uncommon. Other minerals from the olivine group are explicitly rare. Actually, rock-forming olivine is one of the most common minerals on Earth, but most of it is located inside Earth's upper mantle (as peridotite rock), so we do not see it that much on the surface. Minerals of the forsterite-fayalite solid solution are also present in many meteorites.

The forsterite crystallizes in the orthorhombic system and belongs to the nesosilicates. Its structure consist of isolated SiO4 tetrahedrons. Majority of natural forsterites contains 10-25 % of fayalite (Fe2+) component, pure forsterite is rare. Most forsterites form compact granular masses, only few select localities produce large, euhedral, prismatic stubby crystals with wedge-shaped terminations and striations parallel to the direction of elongation.

Regular impurities include quite high amount of Fe, and significantly smaller amount of Ni, Co and Ca. The olivine structure contains two cation positions - usualy labeled as M1 and M2 - which are not exactly the same. This is the reason why some minerals of the olivine group have only limited miscibility and others form complete solid solutions. 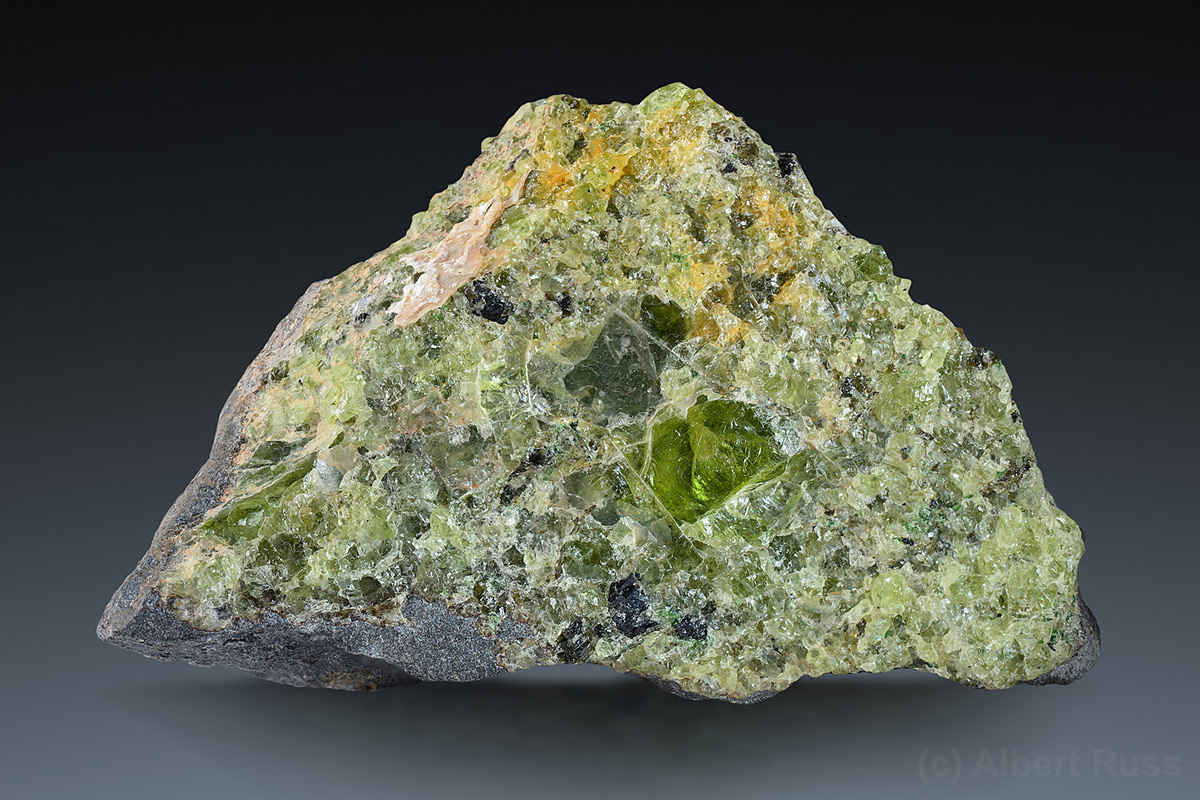 Given the abundance of Mg and Fe in the upper mantle and crust, one might ask why the olivine series is so dominated by Mg, and not more equally apportioned between Mg and Fe. One apparent reason is the charge flexibility of Fe. To be accommodated in fayalite, iron must remain in its Fe2+ state. If it should be oxidized to Fe3+, it will no longer fit in the olivine (fayalite) lattice, and is functionally expelled from (or not incorporated in) that structure. By default, the concentration of Mg in olivine rises. Observations of eruptions at the Stromboli volcano in Italy have positively established that escaping gases were undergoing oxidation from Fe2+ to Fe3+, enriching the residual magma in Mg and giving rise to abundant forsterite in the cooling rock.

Wadsleyite is identified as the expected phase transition of forsterite-bearing rocks impacted by a high-velocity meteorite impact, such as was found in the Peace River Meteorite in Alberta, Canada in 1963. 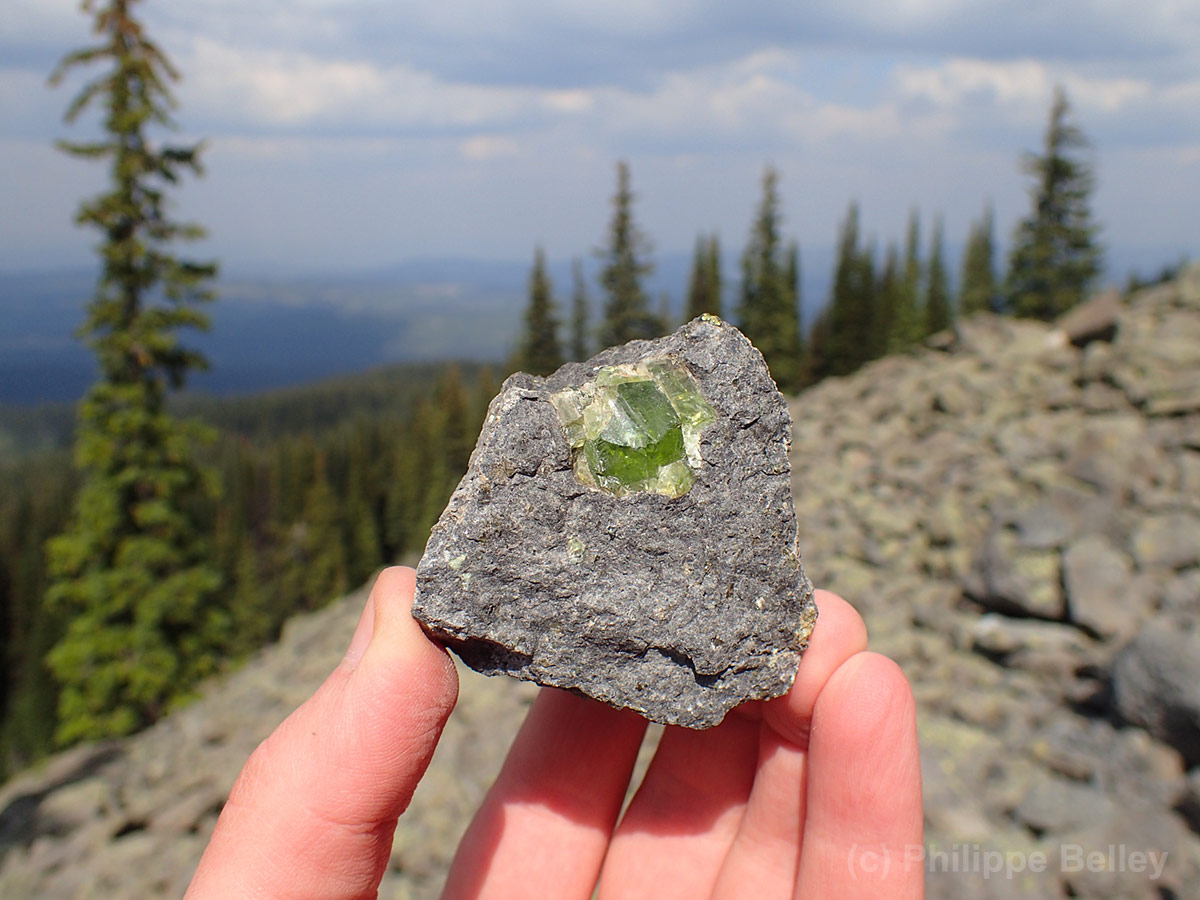 Ringwoodite, in addition to its Mg2SiO4 formula, is capable of incorporating abundant hydroxide (OH) ions in its crystal lattice, leading to speculation that the suspected large volume of ringwoodite in the upper mantle may contain as much as 3 times the water content of the world’s surface oceans. 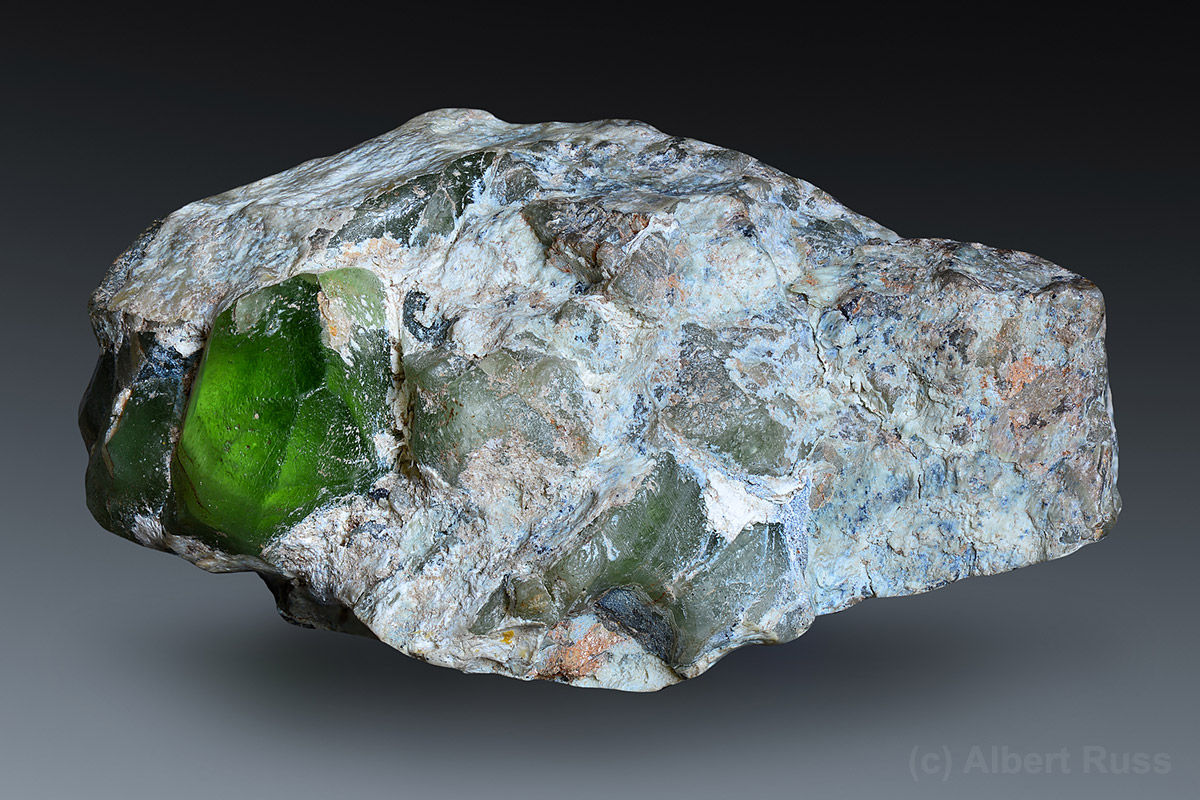 Pure forsterite has about 25 % lover density then fayalite (Fo = 3.21; Fa = 4.39); also pure forsterite is not pleochroic. However, most olivines in thin sections are pleochroic because of significant iron content.

The naming history of forsterite is quite complex. The earliest undisputed name was chrysolit, assigned by Johann Gottschalk Wallerius in 1747. In 1755, Antoine d’Argenville referred to it as peridot ordinaire, and in 1758 Axel Cronstedt called it gulgron topas. In 1772, Rome d’Lisle named it chrysolite ordinaire. In 1789, Abraham Gottlieb Werner renamed the Wallerius chrysolit as olivine. In 1823 Frederic Walchner named the specimen hyalosiderite. The following year, a sample of actual forsterite may have been described from Mount Somma at Vesuvius, Italy and Serve-Dieu Armand Levy formally named forsterite after Adolarius Jacob Forster, a German collector and mineral dealer. Other names continued to ‘plague’ the mineral, with Charles Upham calling it boltonite in 1835 and an unidentified Romanovski using glinkit in 1847. 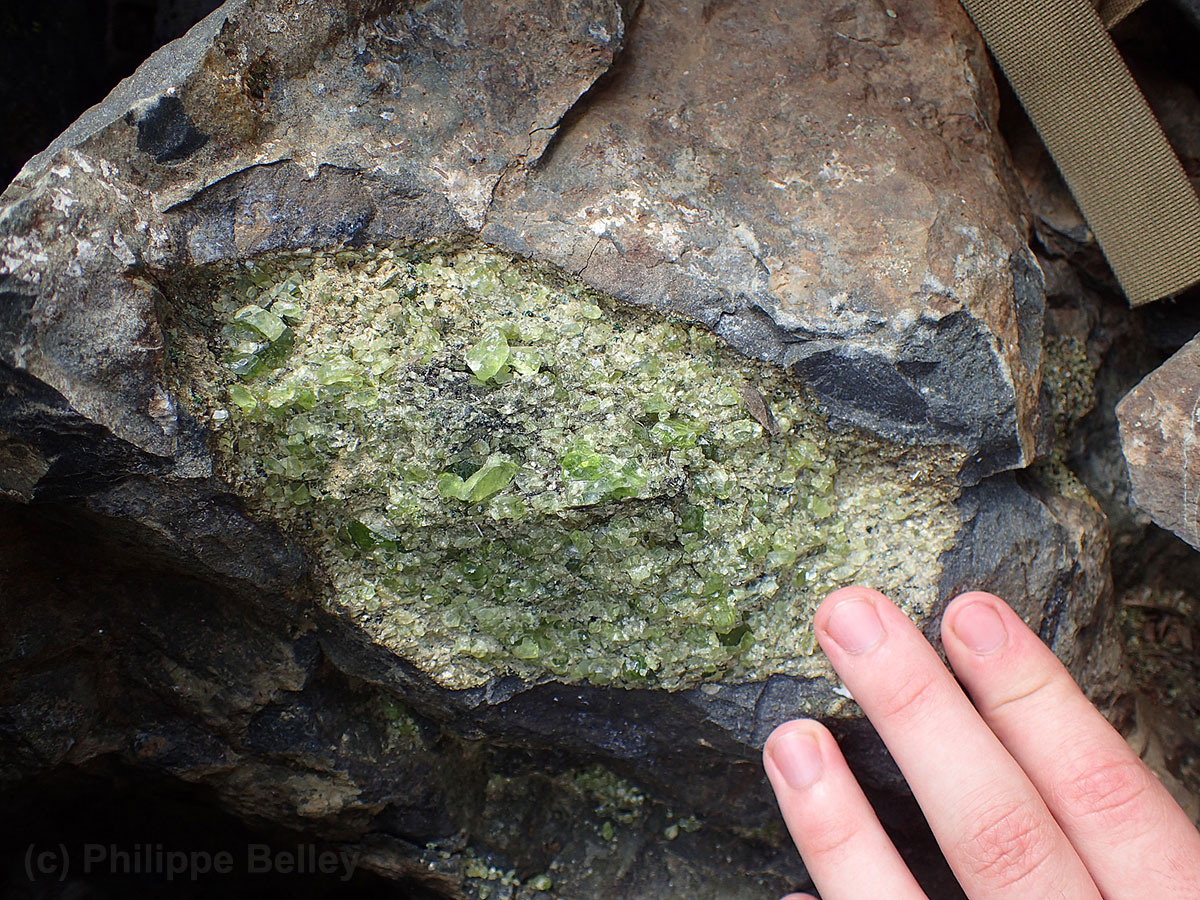 The olivine minerals are characteristic of mafic and ultramafic rocks found beneath the Earth’s crust, in the upper 400 km of the Earth’s mantle. At mantle depths, these rocks fall into 3 natural classes: dunites, peridotites and eclogites. Dunite is dominated by olivine, and the olivine is typically > 92% forsterite. Peridotite is a commonly a mixture of olivine and pyroxene, and the olivine content, even if only 50% of the mixture, amounts to > 88% forsterite. Eclogite is high pressure and high temperature rock, consisting of garnet (pyrope) and pyroxene (omphacite). 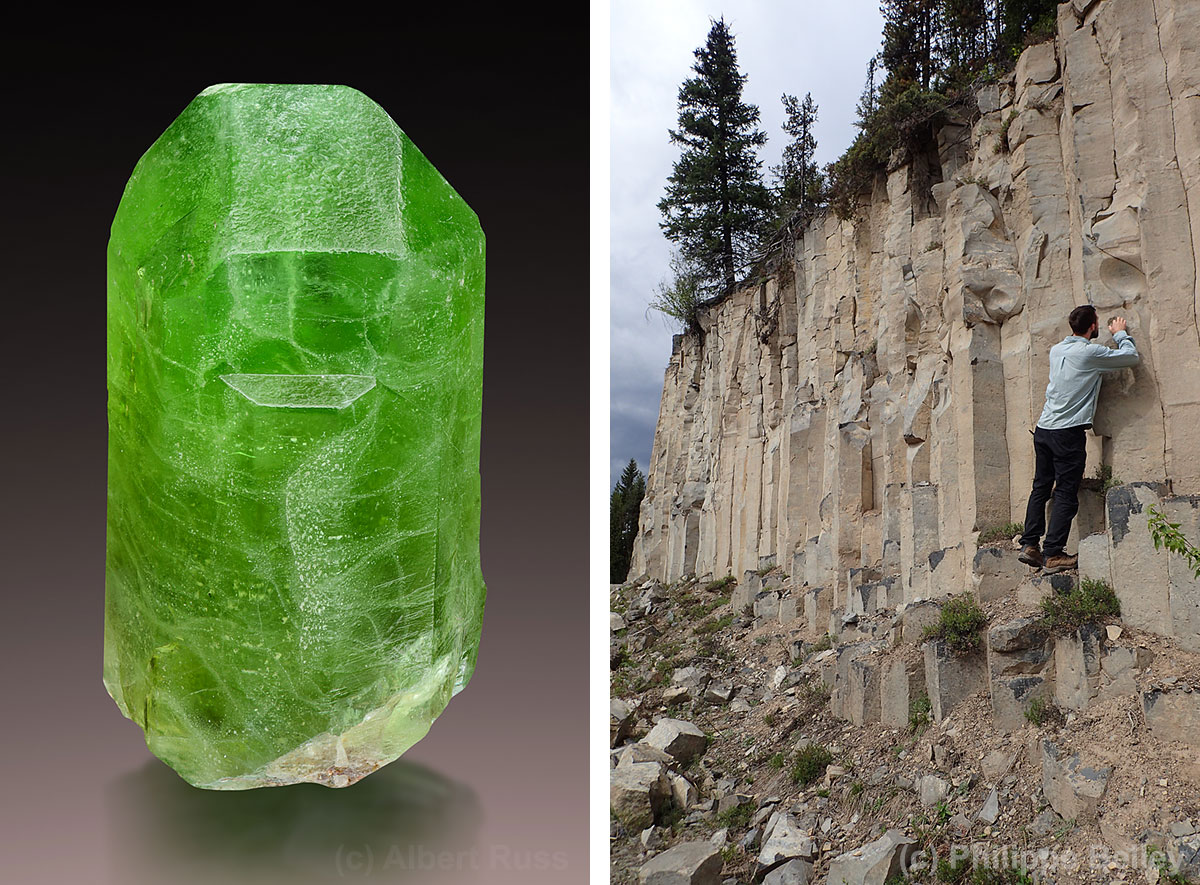 Since olivine has an extremely high melting point, crystallization from a melt containing magnesium and silica usually results in the early precipitation of olivine, along with orthopyroxene, as cumulate crystals settling into the floor of the magma chamber, wherever that chamber develops. 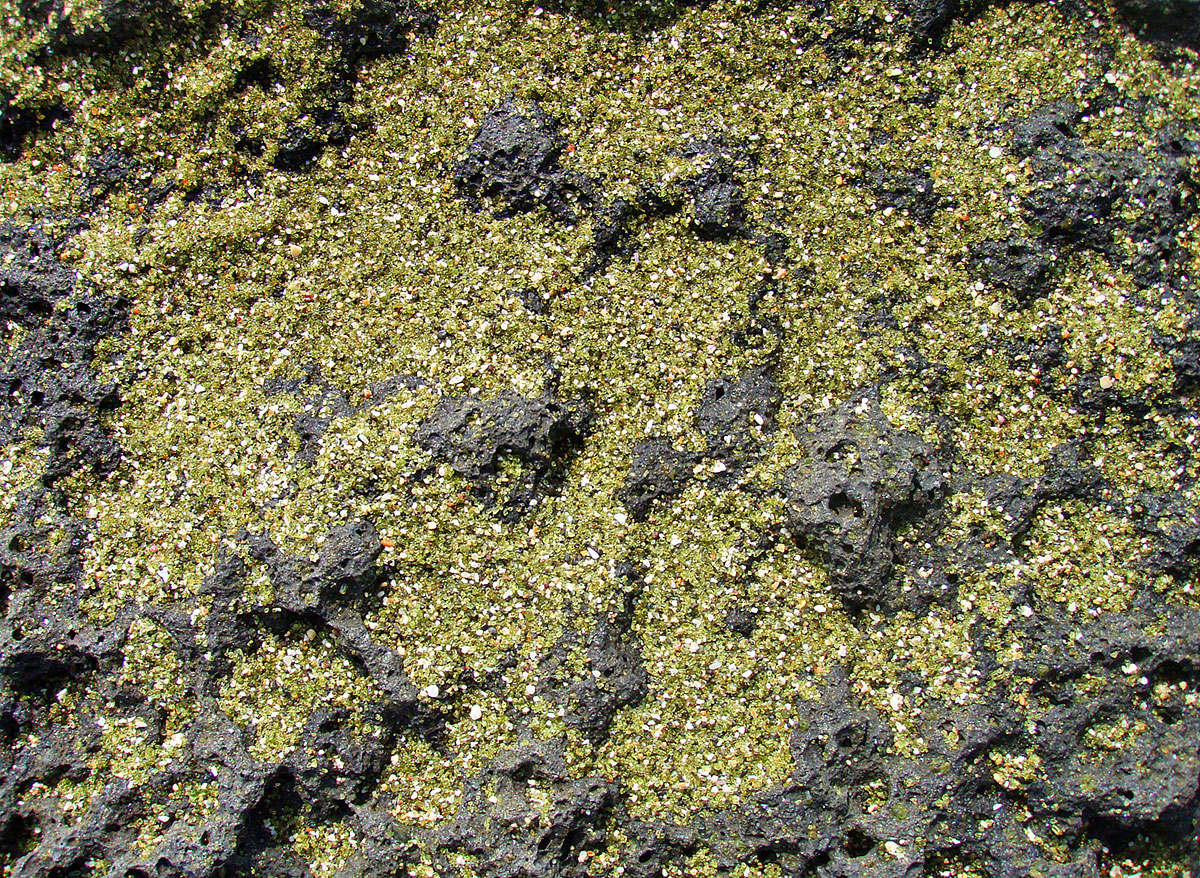 Forsterite is more or less present in many mafic and ultramafic rocks, however, rarely forms bigger grains or crystals. Big nodules made of olivine grains are present in some basalts. These are peridotite xenoliths - parts of mantle rocks (peridotite) transported to the surface by low-viscosity magma (basalt).

A secondary, less common occurence of forsterite, is in the marbles resulted from metamorphism of limestones, dolostones and oceanic serpentinites containing high levels of magnesium. Some marbles are one of the few environments with very pure and often almost colorless forsterite.

Forsterite – or better say its gemmy variety peridote – is widely used as a gemstone. Forsterite has pleasing yellow green color, quite uncommon for other gems. 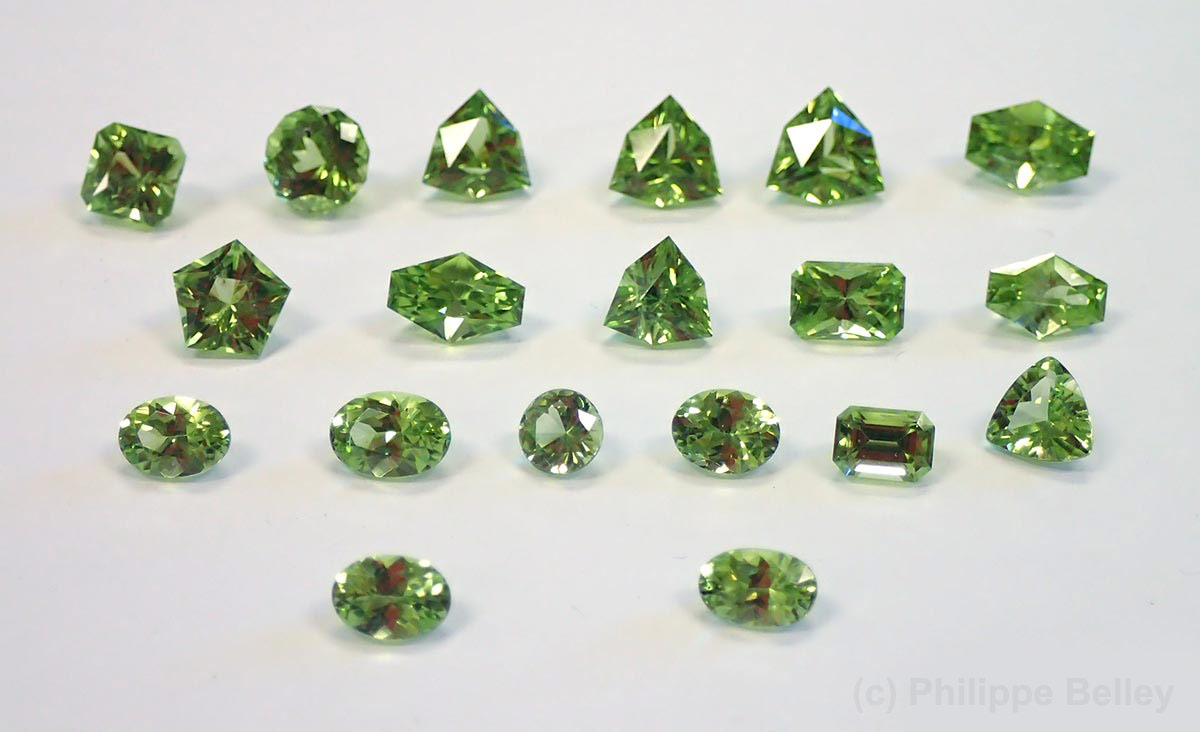 One forsterite characteristic – superior mechanical properties – is animating the idea of using it as a biomaterial substrate for medical implants. The idea behind a biomaterial is that it is an engineered material created by materials scientists, suitable for a medical application, and not a material produced by an organic biological system. Such biomaterials may be biologically inert materials placed in the body as platforms, anchors, sensors, and so forth. 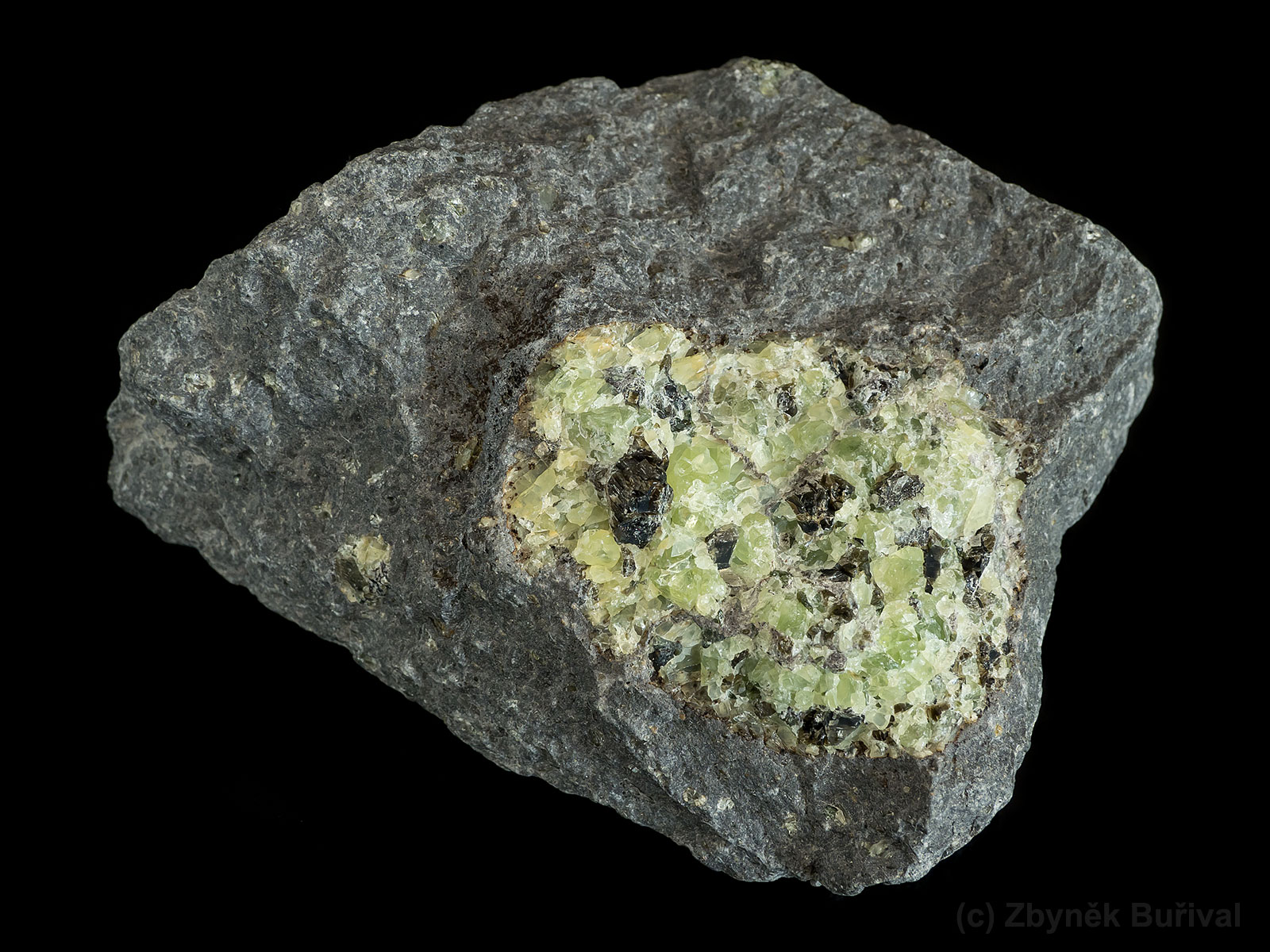 In Russia, large crystals from the Kovdor Massif, Kola Peninsula and at Zlatoust and Mt. Itkul, Ural Mountains. In Pakistan, exceptional gemmy crystals from Sapat Gali, 24 km northeast of Naran, Northwest Frontier Province. Incredibly huge gems are produced in Myanmar (Burma), in the Mogok District and at Pyaung Gaung.

In Egypt, large gem crystals from the Island of Zabargad (Zabirgetor St. Johns), in the Red Sea. In the U.S., in Arizona, on Peridot Mesa, southwest of San Carlos, Gila County and at Buell Park, Apache County. In Tanzania, at Kingiti, Mpapwa.