Topaz is a very popular mineral and gemstone, particularly for use in jewelry. Most nice crystals come from various pegmatite pockets around the world and are highly sought by mineral collectors. Finding topaz is quite tricky quest - and even more tricky is faceting topaz into gems.

Since the color of topaz can be changed (even colorless topaz) depending on treatments that are applied to the stone, it is used very frequently and is known for being less expensive than many other jewelry gemstones. However, a naturally occurring piece of colored topaz is likely to be considerably pricier, simply because it has not been treated. Topaz is a beautiful and complicated mineral that is normally found in colorless and yellow hues. 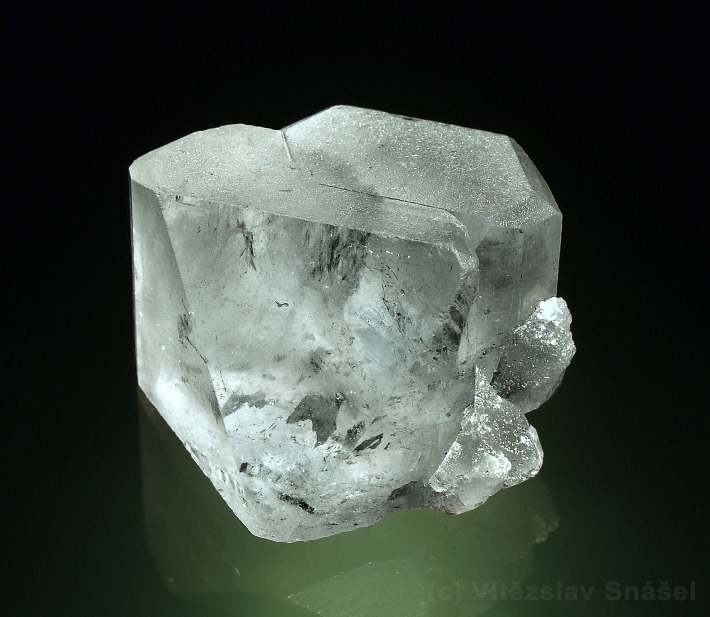 The term "topaz" was originally given to any yellow stone, which means that even today, it can be difficult to identify a true topaz - especially a yellow one. Sometimes, yellow topaz is mislabeled as citrine, which is yellow variety of quartz.

Physical Properties and Structure of Topaz

The chemical formula of topaz is Al2SiO4(F,OH)2 and it is known as a very hard mineral. It is classified as a silicate chemical with an orthorhombic crystal system. It most commonly has a vitreous luster, and is transparent to translucent, with a basal type of cleavage. On the Mohs scale of hardness, topaz defines the 8. Although it is quite hard, topaz can still be broken easily due to its basal cleavage. This means that it is used more often in necklaces and earrings than in other types of jewelry or other items, since it can crack so easily if it happens to be struck. 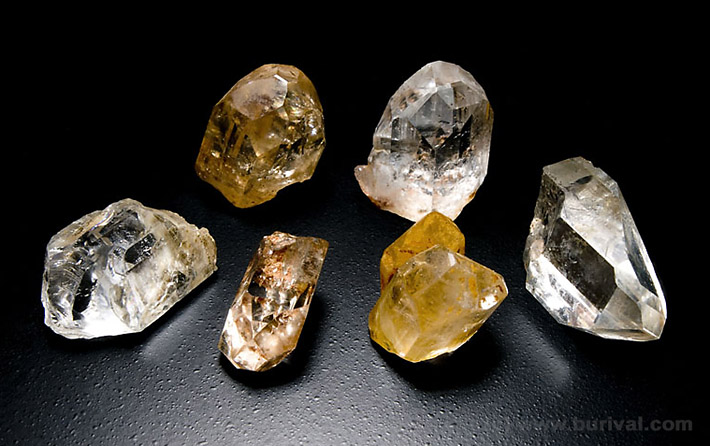 Most commonly, topaz originates from felsic igneous rocks. It is a fluorosilicate, meaning that it contains flouride, silicon, aluminum, and oxygen. Although igneous rocks are the most common occurrences of topaz, they also exist within hydrothermal veins, and, very rarely, in metamorphic rocks. Topaz is generally found in granitic pegmatites, where it crystallizes into very really huge crystals. It often forms highly popular crystal clusters together with smoky quartz, albite, and microcline. 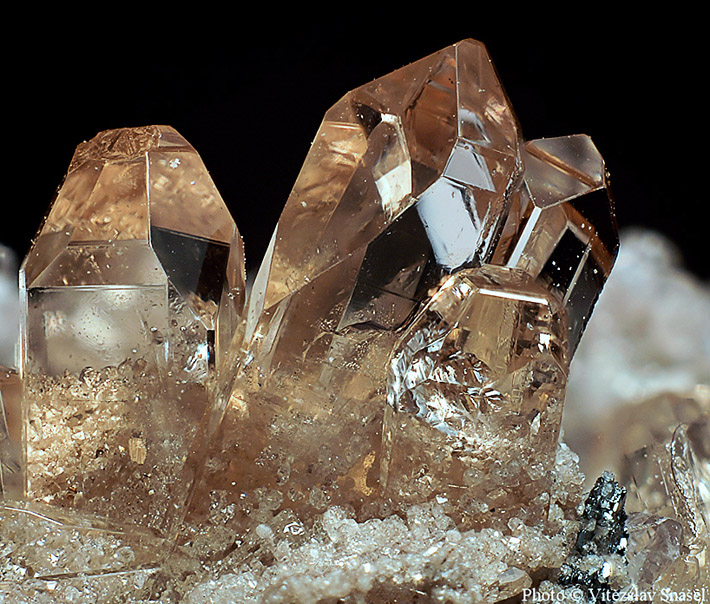 One of the reasons why topaz is so popular is because it can be found in several different varieties. It exists in colors including amber, green, blue, gray, pink, yellow, white, and even colorless. Some of these types of topaz, however, do not occur in nature. Blue topaz, for example, is usually created by applying radiation to colorless topaz specimens-this is also known as being "treated." Treated topaz also appears in pink and red, as well as green. Naturally, pink and red topaz crystals do occur, but they are quite rare and very expensive. They are much more commonly found as heat-treated colorless topaz. Green topaz, when not naturally occurring, is treated by applying chromium to the outside of a colorless piece of topaz. It is important to pay close attention to a particular specimen, as treated topaz is very common. Yellow and greenish needle like topaz crystal masses from greisen veins in Germany are known as Pyknite. 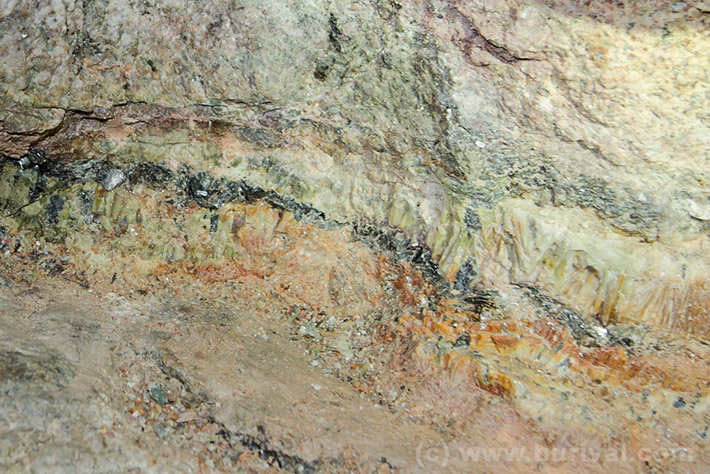 About 10 cm thick vein of the elongated yellow-green pyknite crystals, the center of the vein is filled with zinnwaldite mica. Old tin mine in Altenberg, Germany. Photo: Zbynek Burival

Almost all high quality and large topaz crystals come from pegmatites in Brazil, Afghanistan, Pakistan, Russia, Ukraine, Myanmar, China and the USA. Because of its popularity amongst Czars of Russia, it is sometimes referred to as Imperial Topaz. The only two productive mines for natural golden colored imperial topaz are in Brazil. Very nice topaz crystals come from rhyolites in Thomas Range, Utah. Topaz is also very common in greisen deposits, where it rarely forms nice crystals. Famous classic greisen deposits are Schneckenstein and Altenberg in Germany or Krupka and Krasno in Czech Republic. 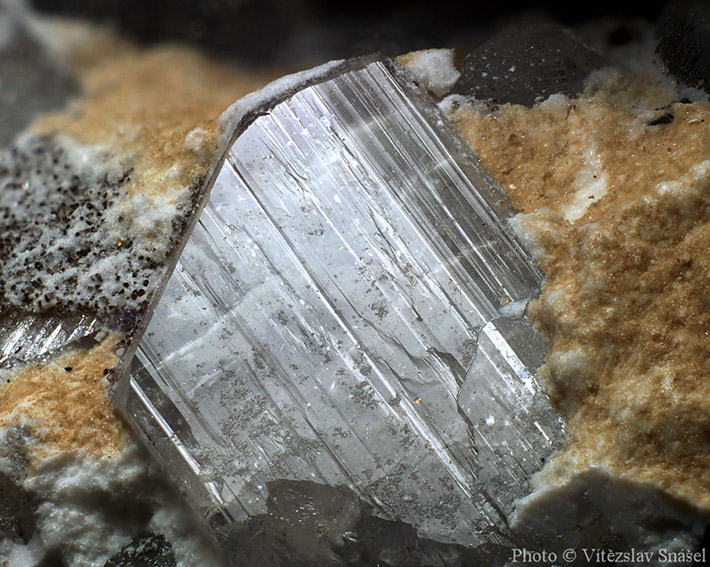