Wollastonite is a seemingly simple calcium silicate (CaSiO3), but its real crystallographic formula is Ca3(SiO3)3. Wollastonite crystallizes in the triclinic or rarely monoclinic crystal system (more to this later). It usually occurs as massive aggregates of prismatic, lamellar, radiating or fibrous forms. Tabular forms are rare. Twinning is common on the twin axis [010], and on the composition plane {100}. 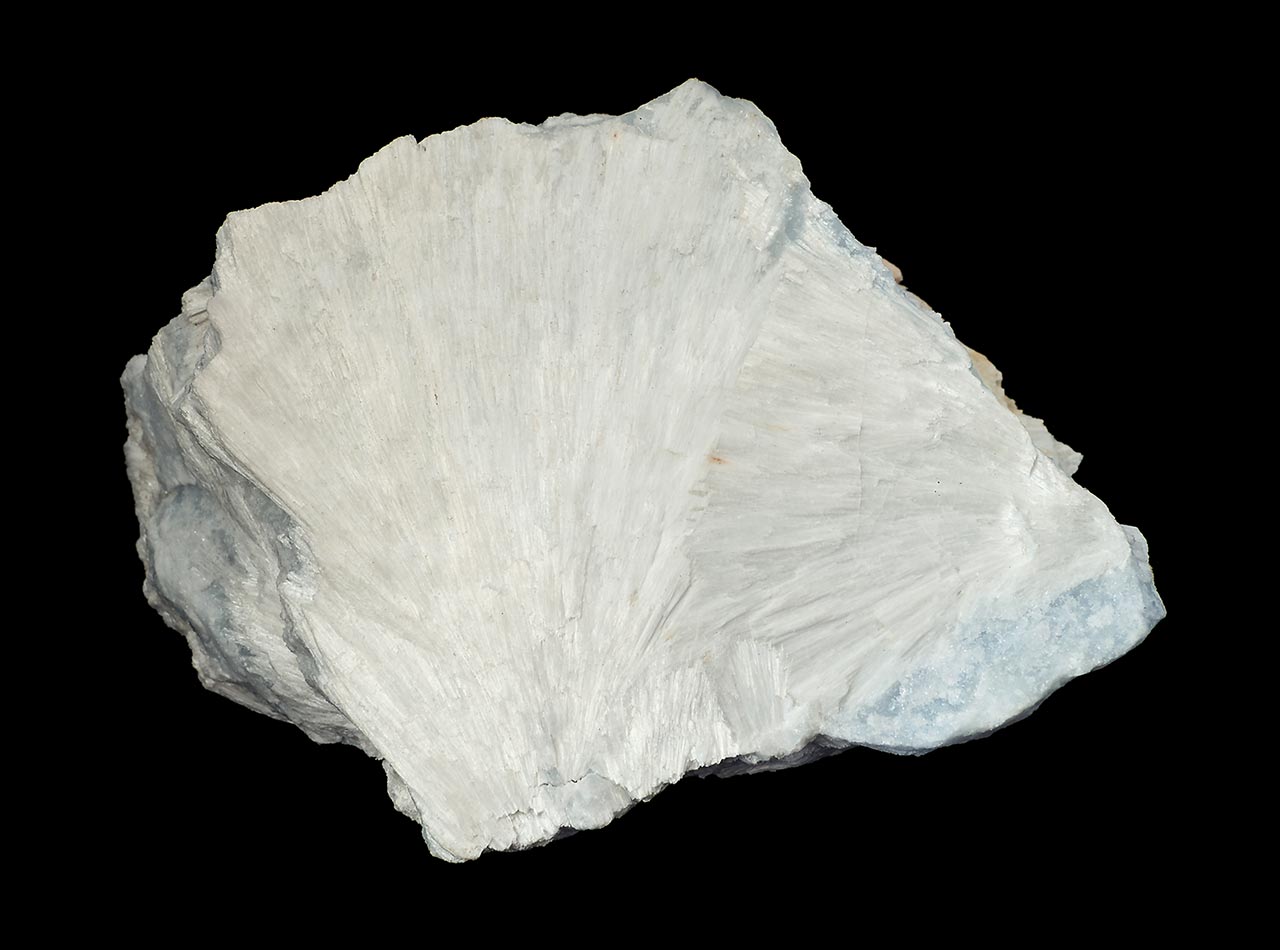 Wollastonite belongs to the inosilicates, it displays a chain silicate structure. It belongs to pyroxenoids, which differ from structurally similar pyroxenes by having a third SiO4 tetrahedron in its chains, rather than two. Part of the calcium in wollastonite can be substituted by unspecified amounts of Mg, Mn or Fe. However, there is obvious lack of information about possible solid solutions.

Wollastonite is the most common member of the wollastonite group. The other common one is pectolite, remaining 11 group members are all quite rare. 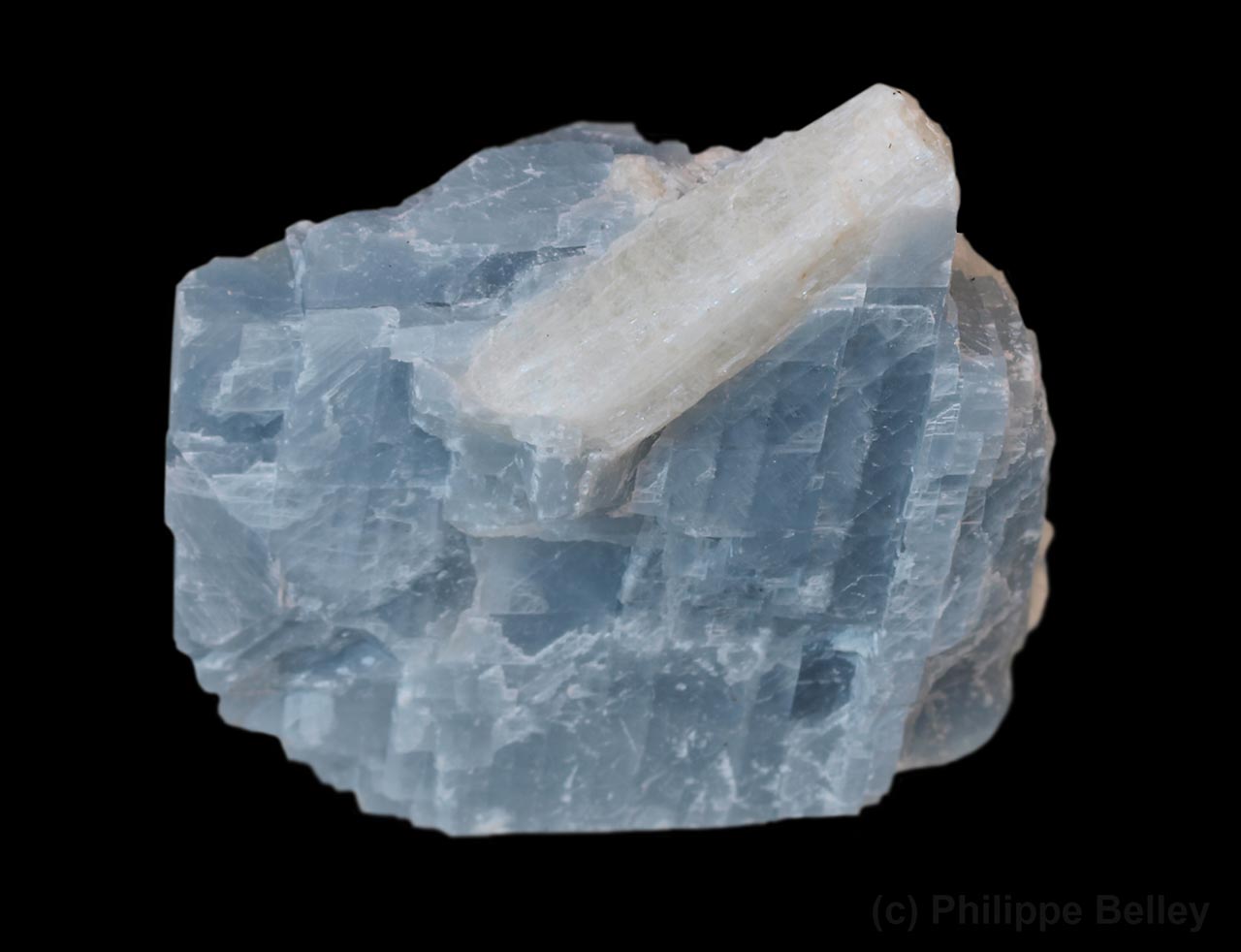 To make it even more confusing, there are also wollastonite polymorphs – which are valid IMA approved minerals. These also have the same chemical composition as wollastonite but have different structure: triclinic breyite and monoclinic pseudowollastonite.

Wollastonite comes in a limited range of colors, predominantly white, colorless or gray. However, light yellow, light green, brown and pink specimens are also known. Its notable properties are its extreme whiteness and brightness, and relative lack of volatility. 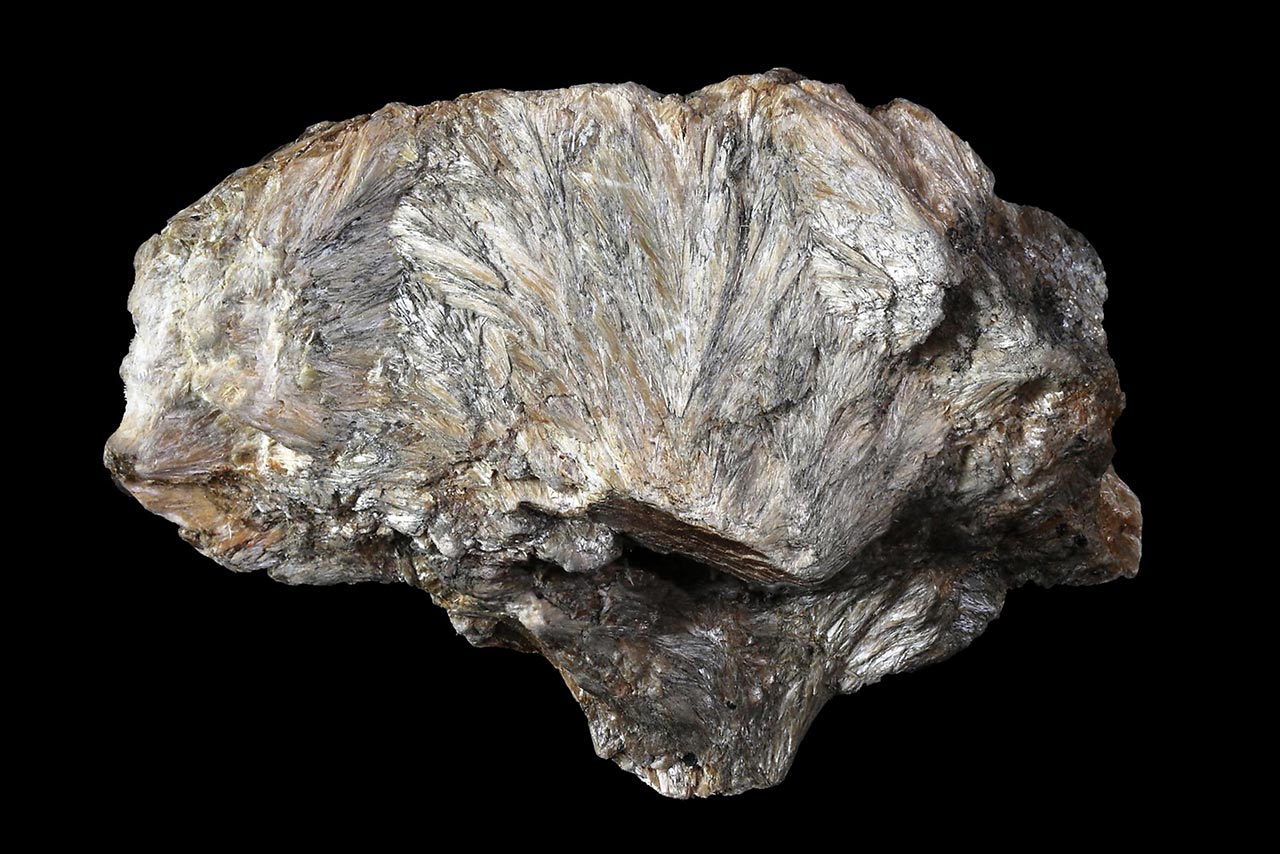 Some wollastonites are fluorescent in short-wave UV light: usually orange, it may also appear bluish white, yellowish white and yellow.

Wollastonite looks very similar to other fibrous white minerals, especially if they occur in the form of sprays and fans of thin needle-shaped crystals. There are numerous pale colored fibrous minerals, which could possibly look like wollastonite. However, most of them occurs in completely different geological environment and/or is quite rare.

Very similar looking is pectolite, which can occur in the same rocks as wollastonite. Other similar minerals include fibrous sillimanite, pale fibrous tremolite, natrolite and other white fibrous zeolites. 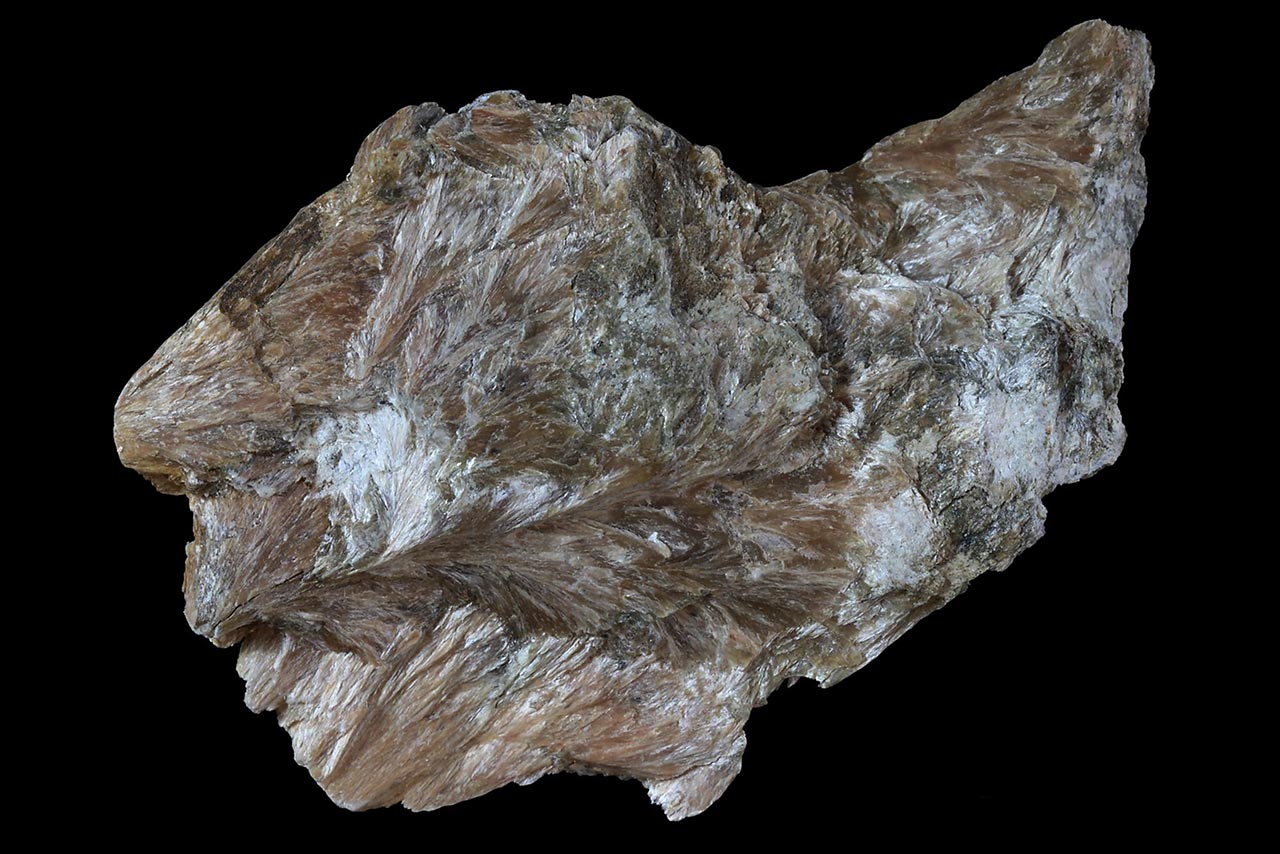 The name wollastonite is a recognition of the contributions of William Hyde Wollaston (1766-1828), an English chemist and mineralogist, renowned for discovering the chemical elements palladium and rhodium, and inventing both the reflecting goniometer and camera lucida.

The goniometer allows an investigator to determine, by rotation, through how many degrees a surface of a mineral specimen must be rotated to create an identical ray pattern. The camera lucida is essentially a half-silvered mirror which allows an artist to see a transparent view of what is in front of him, superimposed on his drawing surface.

Wollastonite is a mineral most closely associated with metamorphosed carbonate rocks or silica-infused hydrothermal modifications of calcareous sediments. 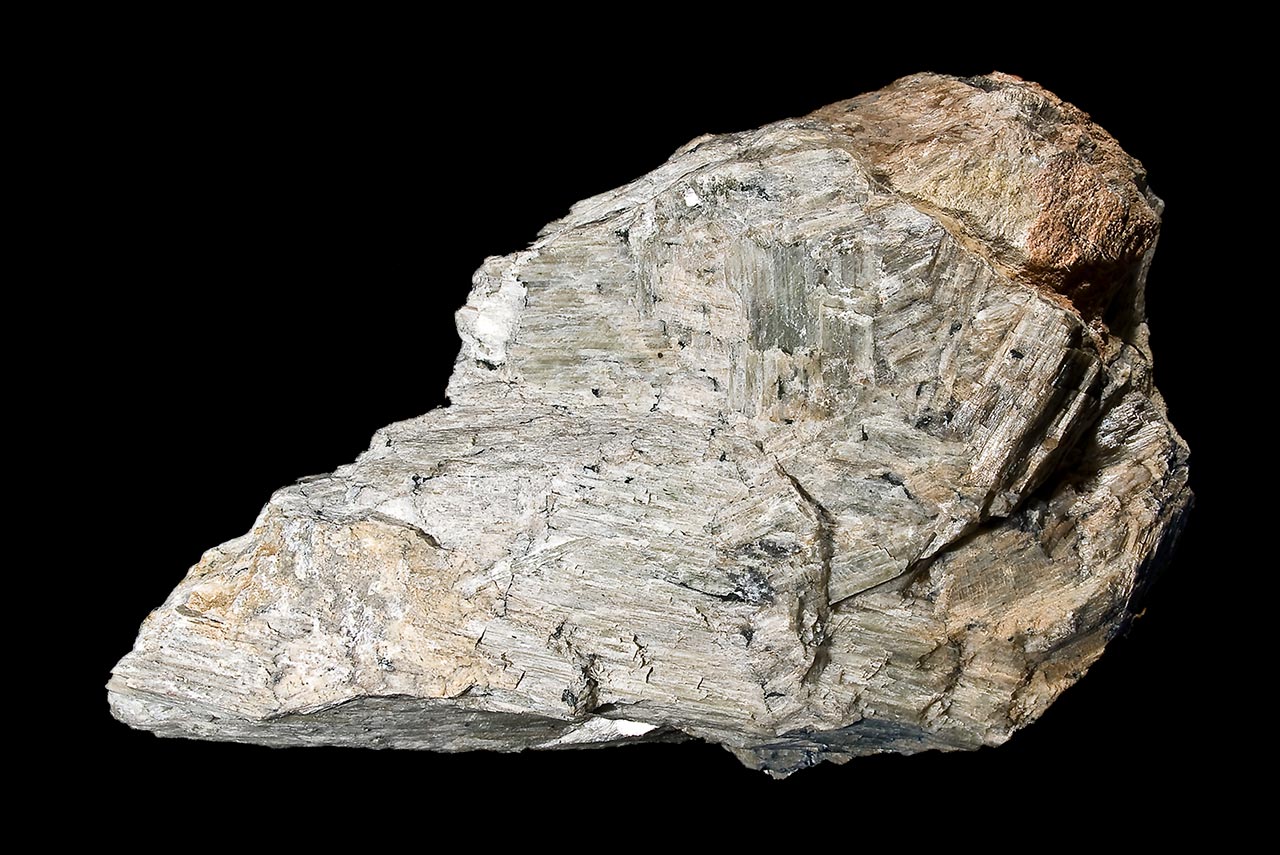 Wollastonite improves the performance parameters of ceramics manufacturing because of its acicular particle shape, its whiteness and absence of volatile constituents. Specifically, it permits fast firing, increases product strength and reduces cracking and glazing problems. 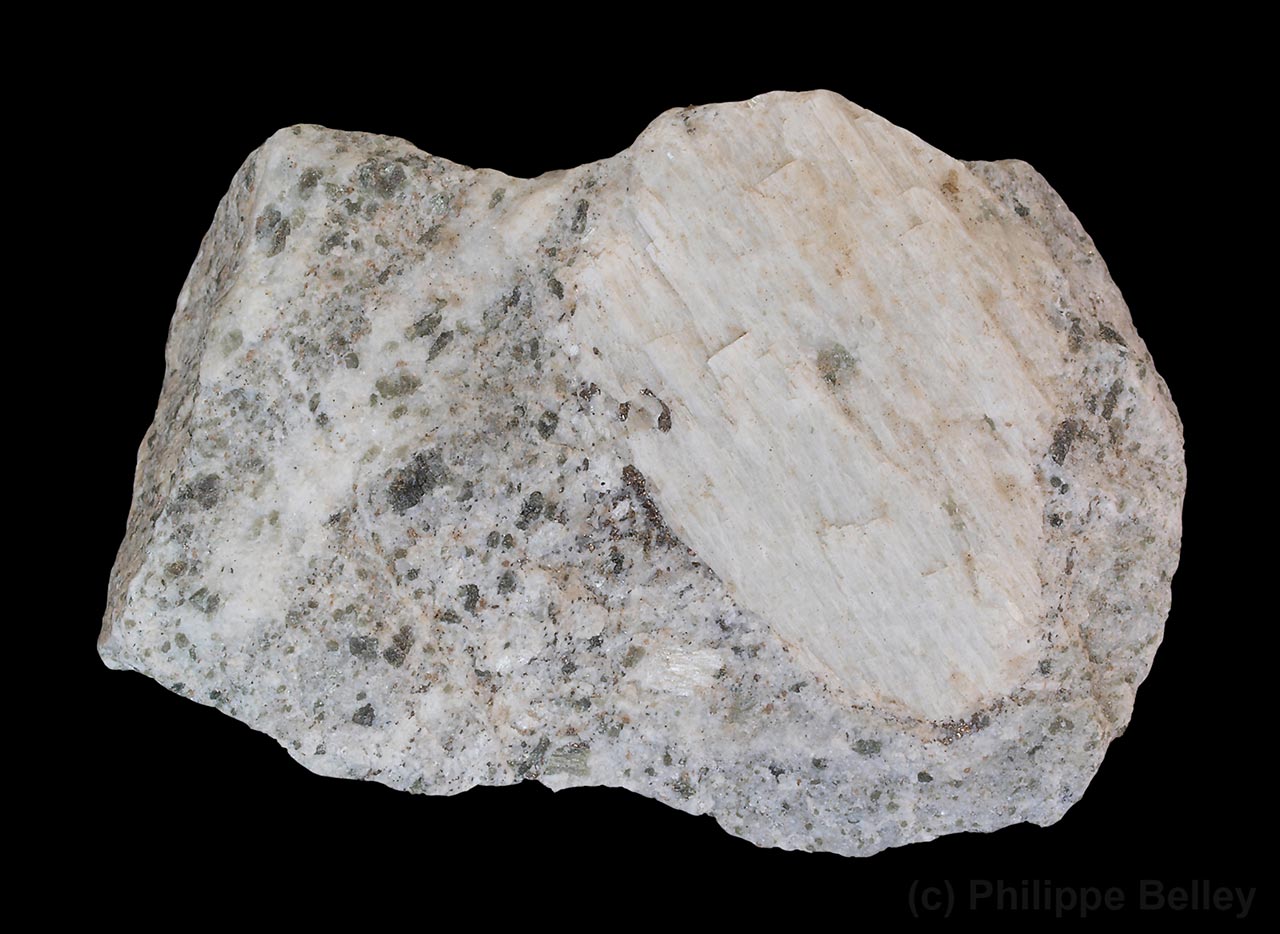 Plastics producers have discovered the value of using wollastonite in polymers for a number of reasons. Most importantly, it is an economical filler to use in place of chopped glass. Second, the surface chemistry of wollastonite allows the use of a variety of chemical additives which reduce the viscosity of the melted plastic and improve dispersion of the components.

Incorporated in paints, wollastonite performs a number of desirable functions: it improves the ability of paint to resist weathering; aids in maintaining a liquid suspension during application, reduces ultimate pigment consumption and the apparent gloss of the painted surface. 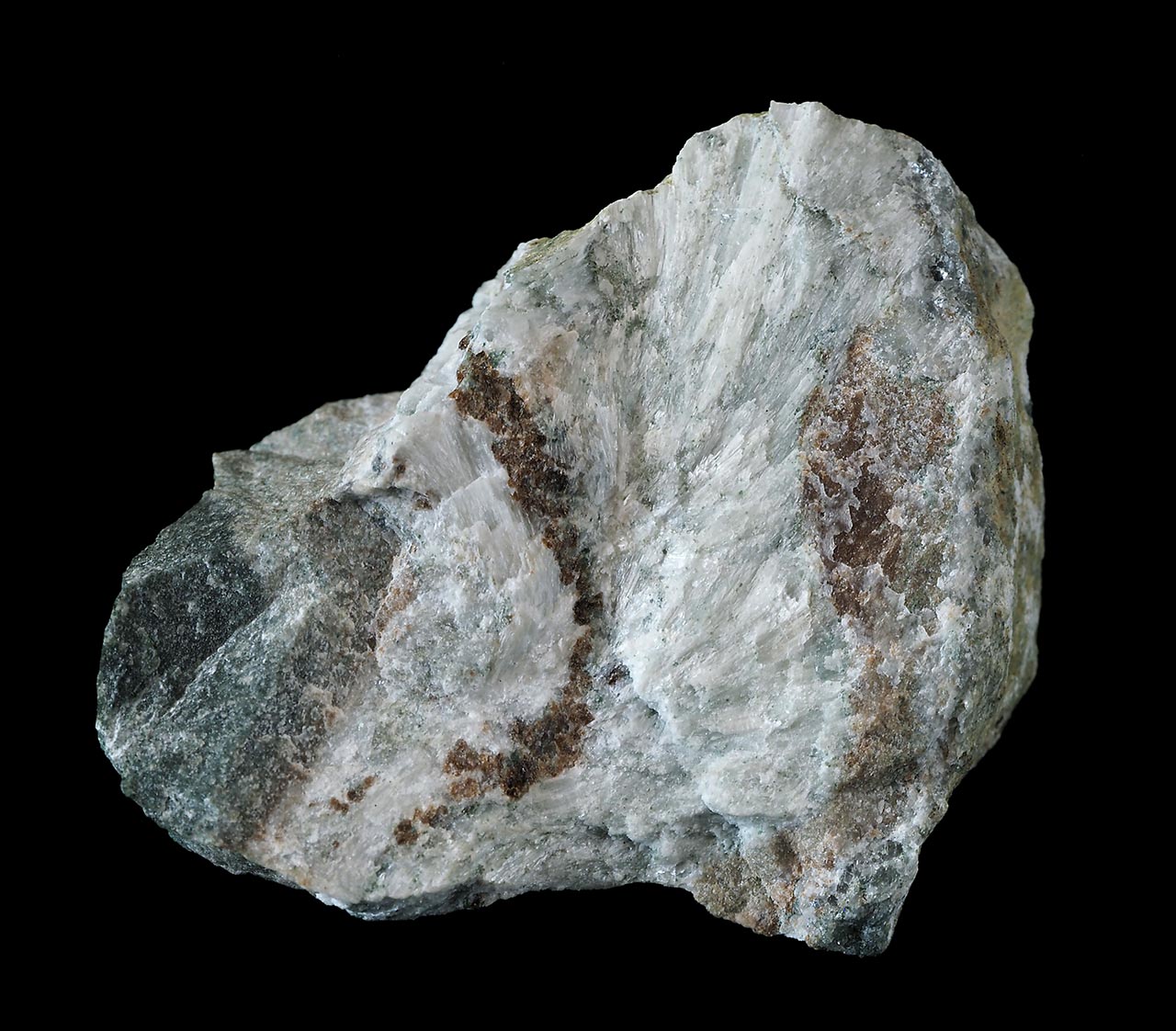 In metallurgy, wollastonite conditions molten slag and protects metals surfaces during the continuous casting of steel.

Because of its resistance to friction and chemical attack, wollastonite is an ideal substitute for dangerous asbestos in braking applications and the manufacture of floor tiles, insulation, plastic and roofing materials.

In the recent past, the major producers of industrial wollastonite were China, accounting for about 60 % of world output, followed by India, the USA, Mexico and Finland.

Wollastonite is quite common mineral and interesting specimens are available worldwide: 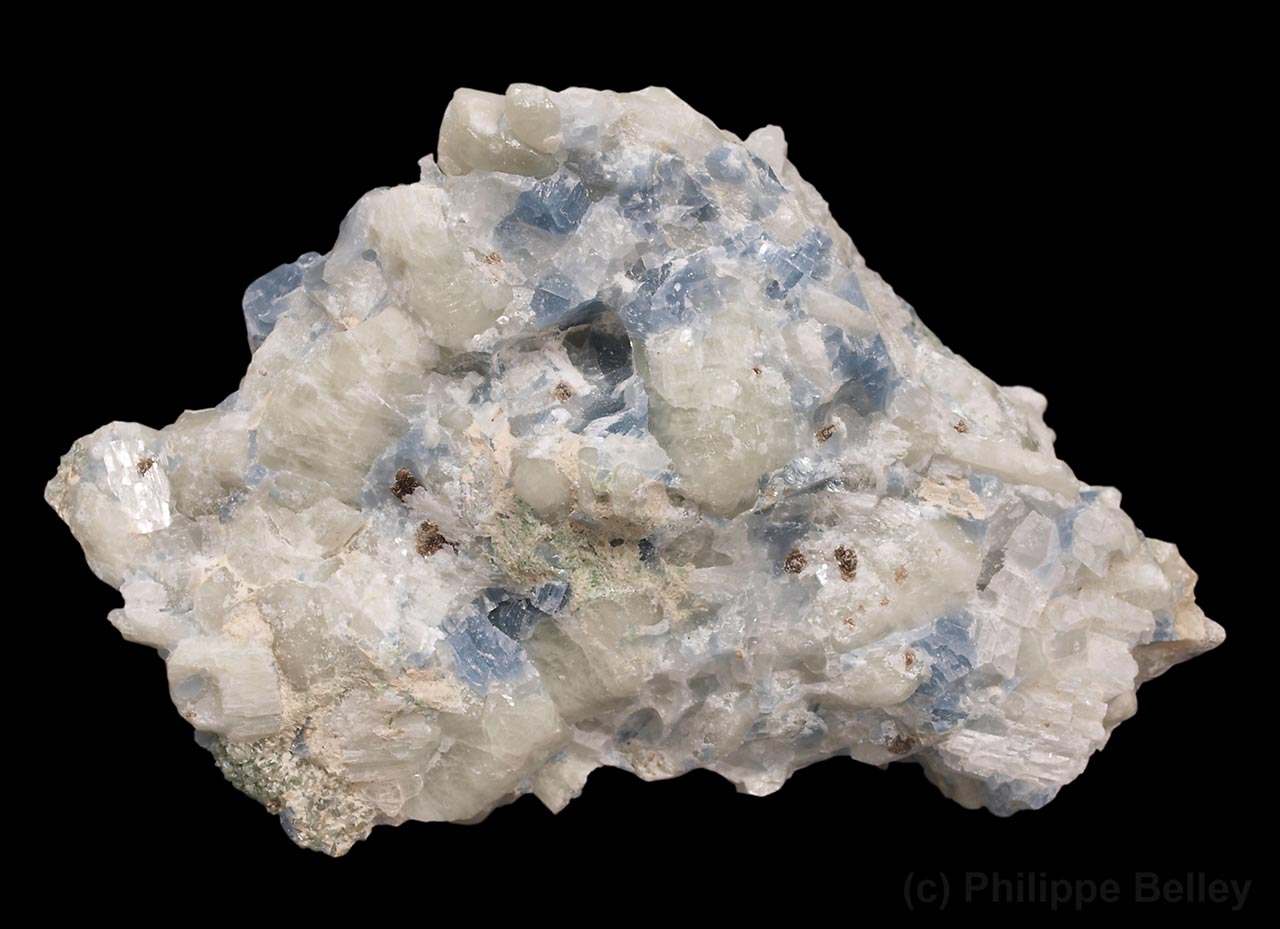 Important Canadian localities include Oka Mine and Jeffrey Mine, Asbestos in Quebec and Outlet Post, Ontario. In the US, wollastonite comes from New York, at Natural Bridge and Rose Road Locality, both St. Lawrence Co., Lake Bonaparte and Diana, Lewis Co.; from California, at Crestmore Quarry, Riverside Co., Pine Mine, Independence and Darwin, Inyo County; from Nevada, at Gilbert, Esmeralda County; bright fluorescent wollastonite is known from New Jersey at Franklin and Ogdensburg, Sussex Co.

Mexican localities include Chiapas, at Pichucalo and Pilares, Sonora. 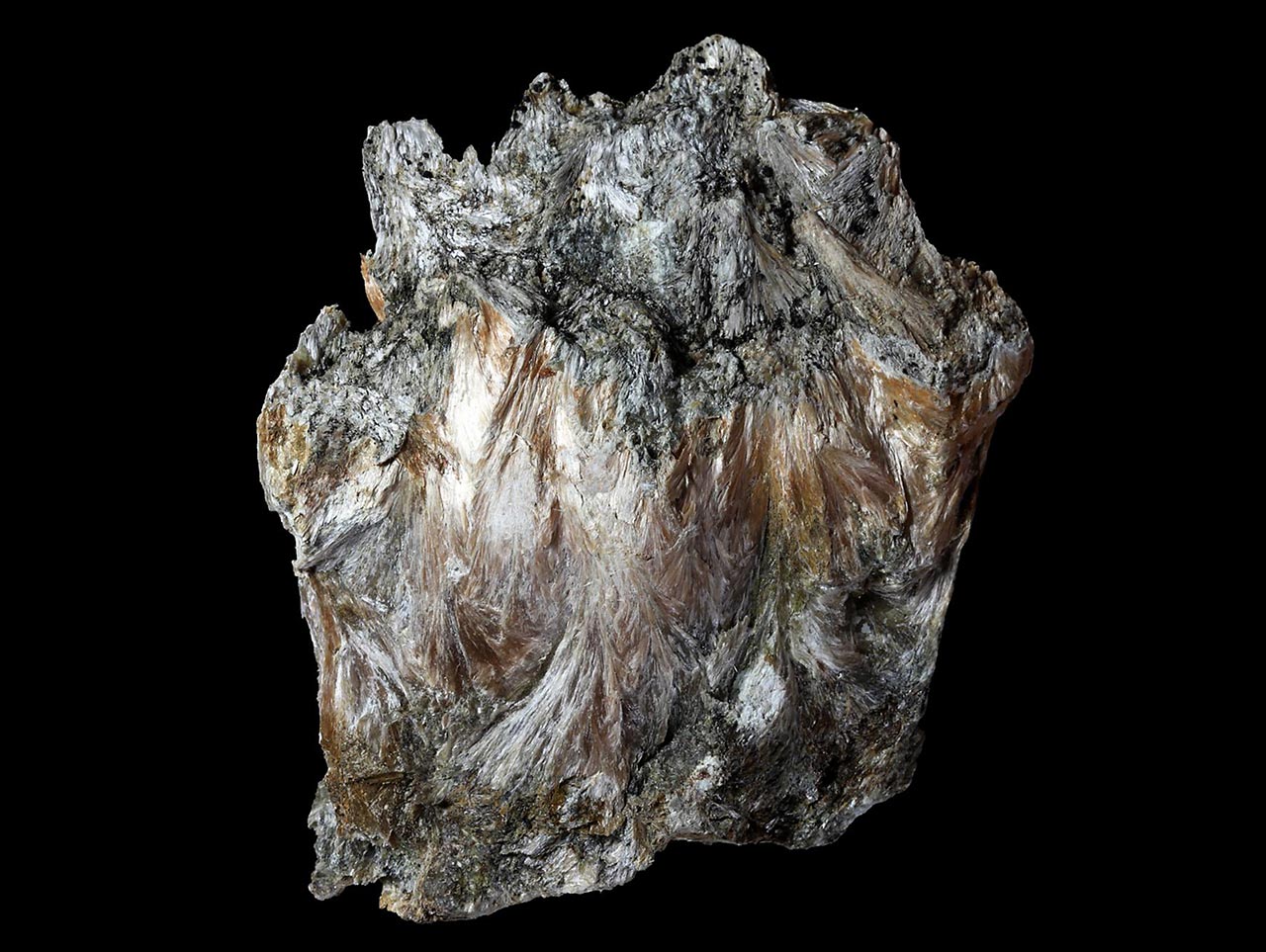 In Asia, wollastonite comes from Turkey, Tajikistan and Uzbekistan. In Japan, from Huagiyama, in Ibaragi Prefecture; in Ishiyamadera, Shiga Prefecture; and in Kushiro, Hiroshima Prefecture.