Outside well known collecting areas, the tiny Ústup village offers a little secret collecting spot with huge almandine garnets. And what is even more interesting, they were really used as a cannon balls!

Very small village Ústup is located about 20 km S from Svitavy and 40 km NNW from Brno, Czech Republic. This area is well known for occurence of excellent quality kyanite and much less known because of the huge garnets. The main garnet occurence is on the fields around the top of the Špilberk hill about 550 m SE from the village centre. 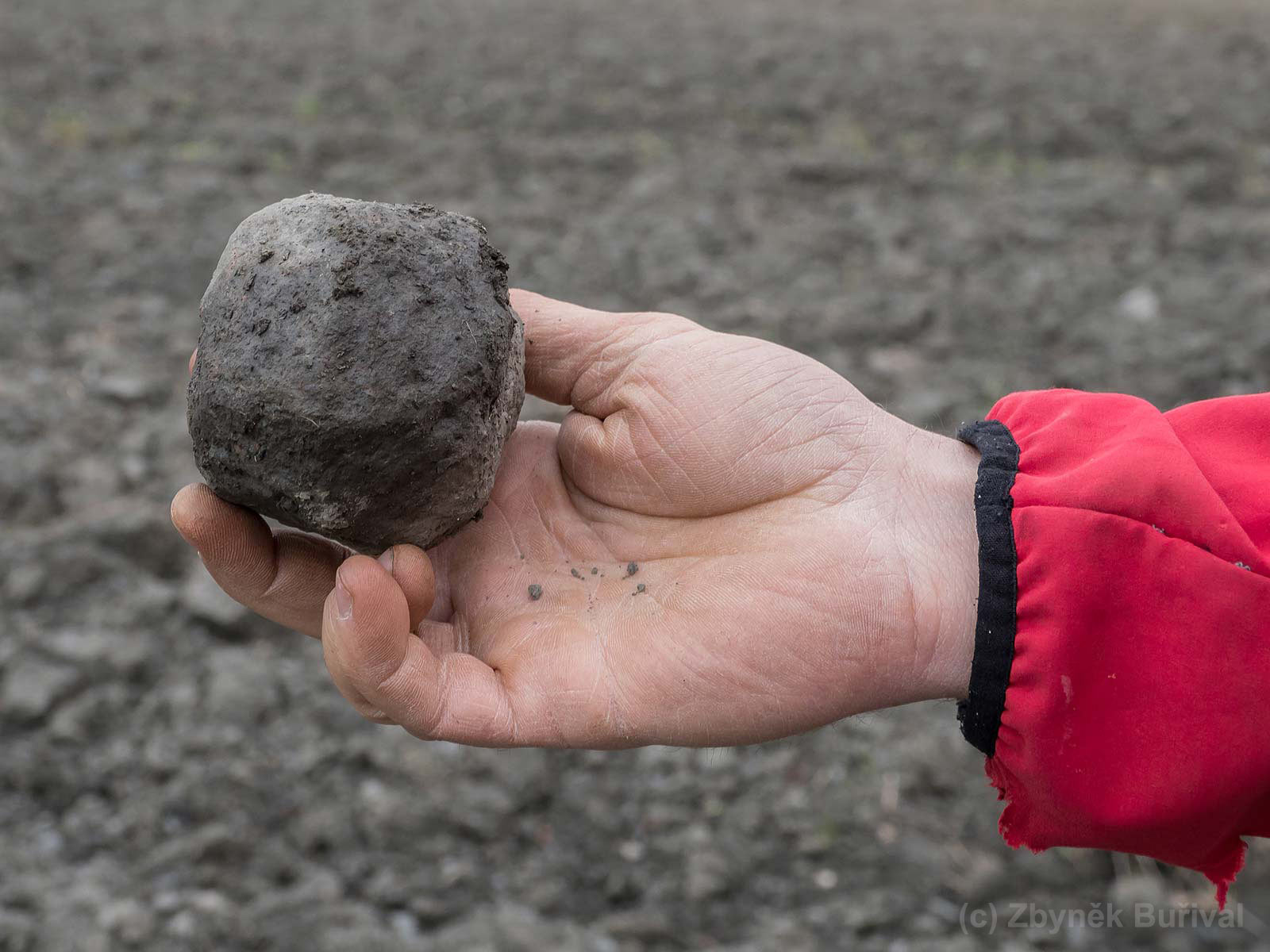 The area around Ústup village belongs to the Moravicum unit of Proterozoic age. Main rocks are various types of gneisses and mica schists with abundant quartzites, amphibolites, and marbles. There were many graphite mines in the past, connected to the graphitic gneisses. Mining ceased mostly in 1950s due to the low quality of the graphite (high pyrite content) and cheap competition.

The small area of mica-rich rocks/phyllites (in geology map as garnet gneiss!) around the Špilberg hill contains very unusual garnets. Garnets are generally quite ugly – some call them potato garnets – with lack of well developed crystal faces, but they reach up to 20 cm in size. Definitely not a perfect aesthetic specimen – unless you cut it. Garnets are not zoned, but they have patchy texture inside and often contain inclusions of quartz, amphiboles, feldspars and micas. This internal texture is best visible on cut and polished specimens. Chemically, garnets are quite typical metamorphic almandines (iron rich). 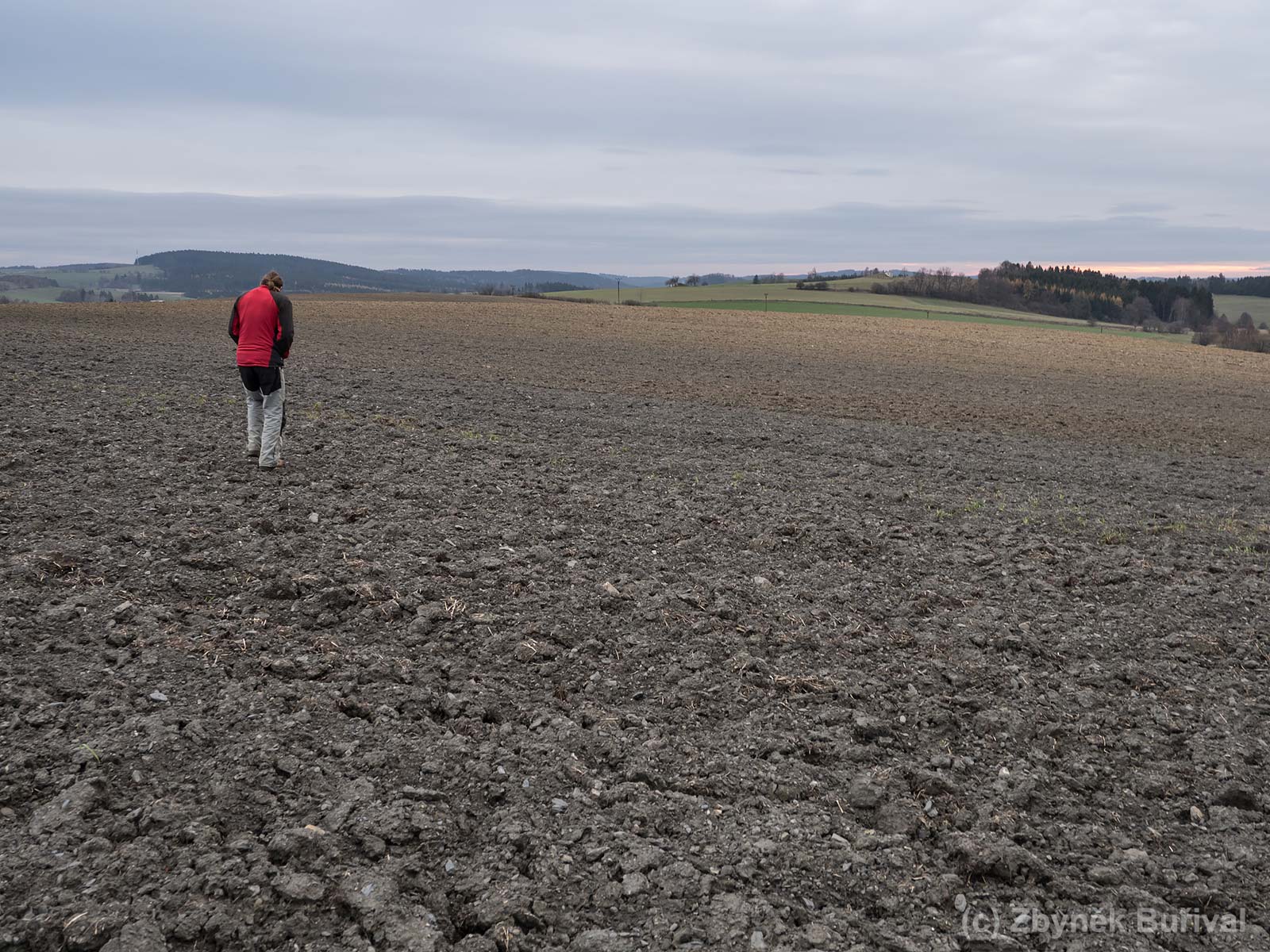 The funny fact about these garnets is that they were used as an ammunition during Austro-Prussian war in 1866. Attacking troops used the abundant garnets as the cannon balls, the garnet-holes are still visible on some historic buildings in the village. The historic tavern in the village was named „U tří koulí“ („At three balls“), which refers to the historic battle. Those 3 garnet cannon-balls were cemented above the entrance to the tavern. 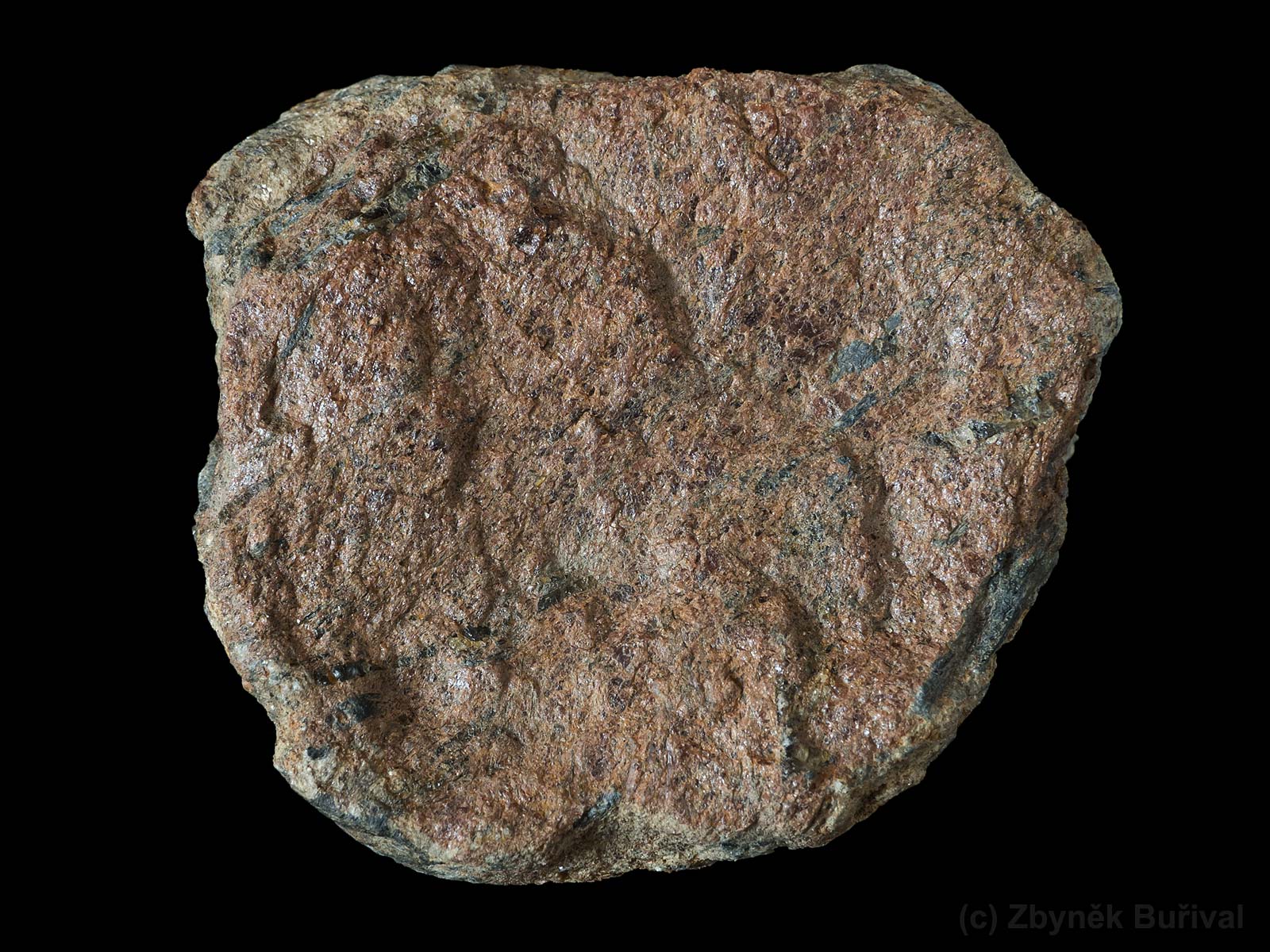 Garnets are still quite common on the fields around the Špilberk hill, though finding a decent one requires some patience. Rarely, also pieces with not-that-well developed crystal faces can be found – typical shape is icositetrahedron (24 faces). The best time for hunt is after decent rain, when the fields are ploughed. Luckily, the garnets are often so big that it is really difficult to overlook them. Keep in mind, that entering fields with crops is prohibited! 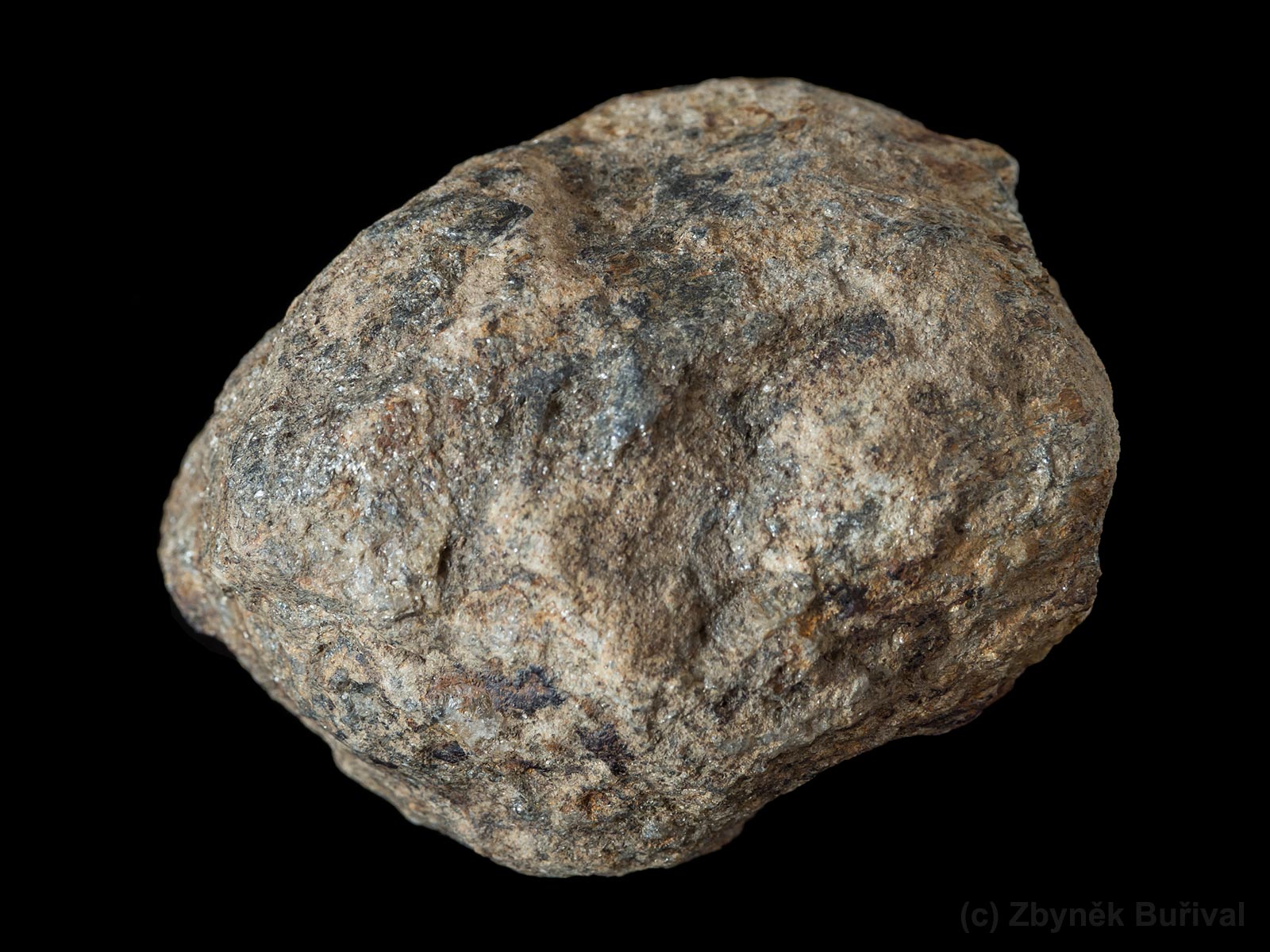 Rough garnets look very ugly, you can barely distinguish them from common rocks. 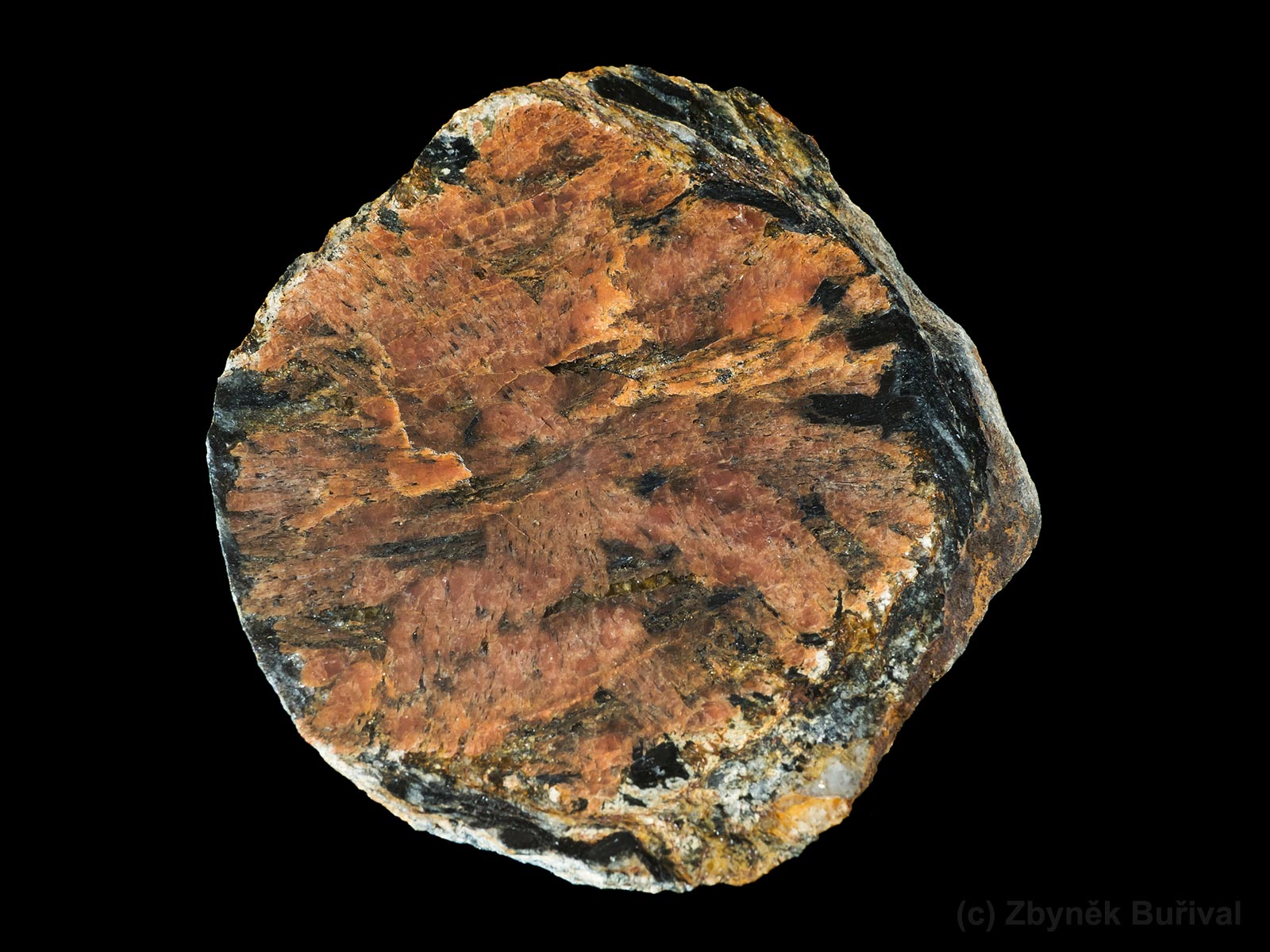 The beauty of the garnets from Ústup is revealed when they are cut and polished.