Pyrite is much more commonly known in laymans terms as fools gold. This is because, when gold mining was popular, pyrite could often be mistaken for gold due to its shining gold exterior. Of course, they are actually quite different minerals, but to the untrained eye, the mistake could be an easy one to make.

In the past, pyrite was used in the creation of sulfuric acid; these days, there are easier ways to obtain sulfur, such as from oil and natural gas. The most common use of pyrite today is in the production of gold; pyrite can be mined for its gold content, and as long as the gold can be fairly easily recovered, this is a simple way to make money. 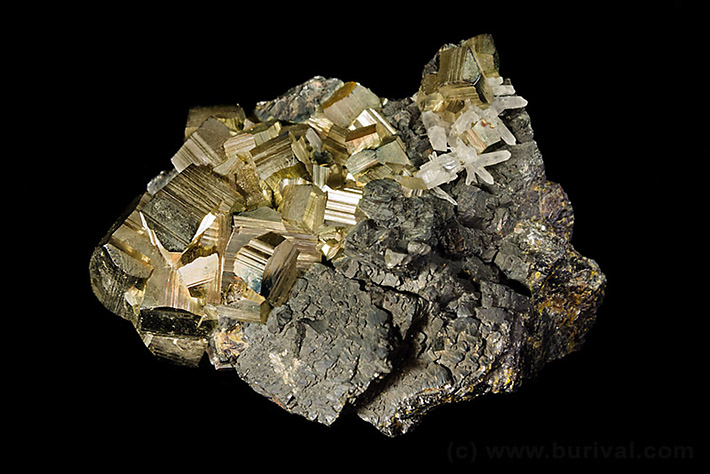 Sometimes, it is also used as a gemstone, particularly in the use of beads and carvings. However, its tendency to tarnish makes it less desirable for jewelry.

The chemical formula of pyrite is FeS2 (iron disulfide), which also happens to be the same chemical formula as Marcasite. The two minerals have different structures and thus different types of crystals. However, the two may be improperly labeled in many cases. 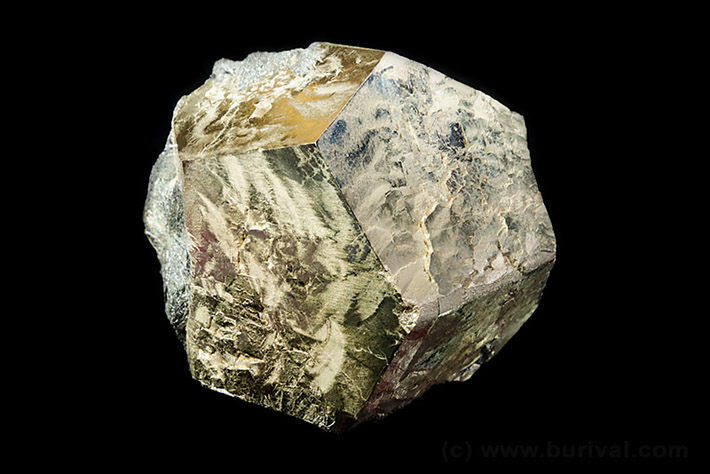 Pyrite has a metallic luster with an opaque transparency; it presents no cleavage. Falling between 6 and 6.5 on the Mohs scale of hardness, it is a pretty hard mineral. It has a cubic (isometric) crystal system, meaning that it has three equal axes that fall at 90 degrees from each other. Pyrite can form as a cube, pentagon dodecahedron (also known as pyritohedron), or rarely octahedron, and can present twinning. Sometimes, pyrite becomes flattened, and it is colloquially called a pyrite dollar when this happens.

Sometimes, pyrite contains nickel, cobalt, gold, or silver. This is less common than a purely iron sulfide pyrite specimen, however. 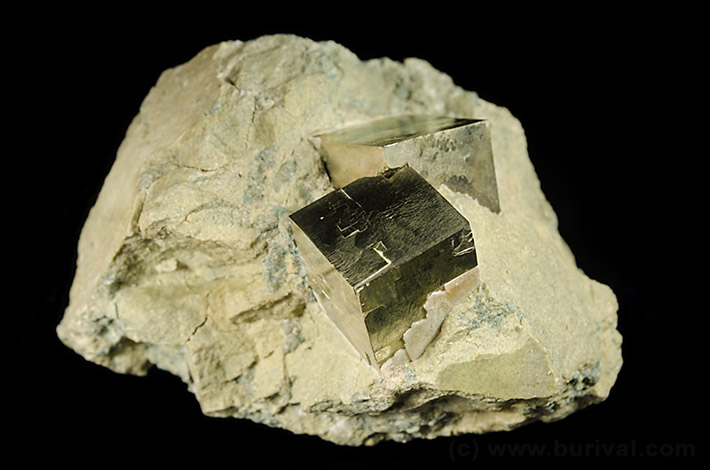 The very unfortunate feature of pyrite is its low chemical stability. It is very sensitive to moisture which causes its fast oxidation. Pyrite crystals lose their luster in time and produce typical sulfidic smell. Pyrite can get ugly white coatings and even completely disintegrate when stored improperly. Shiny big crystals of pyrite can survive decades in dry environment even without conservation, but many specimens require proper treatment and storage. Otherwise, nice clusters of pyrite might be totally destroyed just in few years.

Pyrite can be found around the world in metamorphic, sedimentary, and igneous rocks. It usually forms in small amounts in a given place, and it is capable of forming at either low or high temperatures. It is a very common mineral, and is the most frequently found sulfide. Although pyrite is not gold, it does often form alongside gold - which leads even more to the fools gold confusion. Pyrite requires sulfur, iron, and a lack of oxygen in order to form, so usually, it can be found where organic material is decaying. Pyrite fossils are not uncommon, particularly in sediments such as coal and shale where organic material is highly present. Other common environments for pyrite include deep sea volcanic vents (known as black smokers) and hydrothermal veins, where pyrite forms together with galena, sphalerite, chalcopyrite, quartz, calcite and many other minerals. 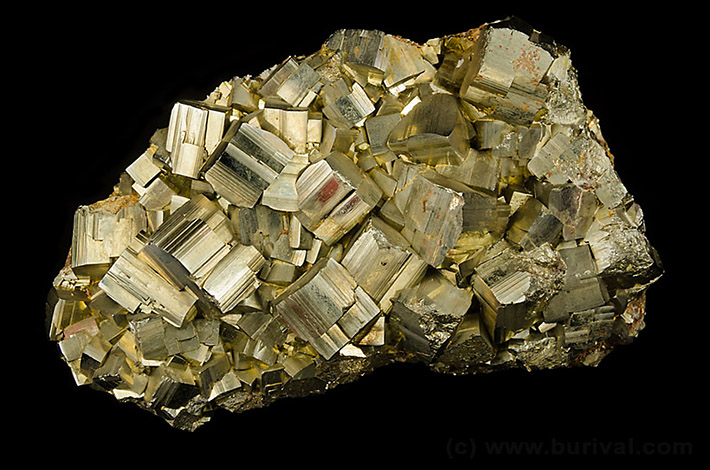 Pyrite occurs in gray and yellow-gray. When oxidized, some specimens of pyrite form an iridescent outer film that does not carry over into the center of the crystal. Most specimens of pyrite which have been removed from their sources tend to tarnish over time, giving the appearance of dulled brass. 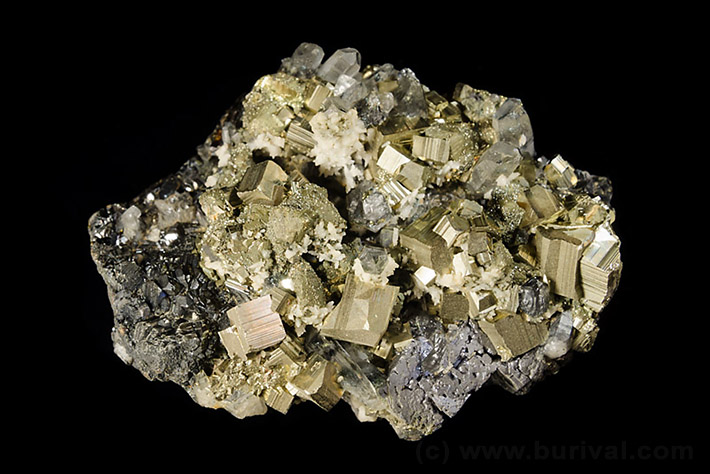 Pyrite itself does not have any variations, but there are several minerals which are very close to pyrite in composition. One of these is bravoite, an informal name given to pyrite that contains no more than 20 % nickel.

Pyrite is one of the most common minerals and it is present in all types of geological settings. World class pyrite crystal come from Navajun in Spain where it forms excellent and large cubes in claystone. Nice clusters of pyrite are from Huanzala in Peru, and excellent crystals come from Rio Marina in Italy. It is also abundant in many hydrothermal sulfidic deposits like Trepca in Kosovo, Madan in Bulgaria or Cavnic in Romania, as well as in many others.

Great article on this beautiful mineral