Small opal occurence is located in the serpentinite rocks near the Rožná village, Czech Republic. It yields uncommon opal material with reticulated structures, some of these opals also contain chromite.

Rožná in the Czech Republic is well known among collectors because of the huge vein of LCT pegmatite, which is the type locality of rossmanite (pink lithium tourmaline) and lepidolite (lithium mica; now polylithionite and trilithionite). However, there is also less known opal occurence.

The opal locality is located near the former uranium mine Rožná, both main headframes R1 and R3 are nicely visible, as well as the settling pond and the ore processing plant. 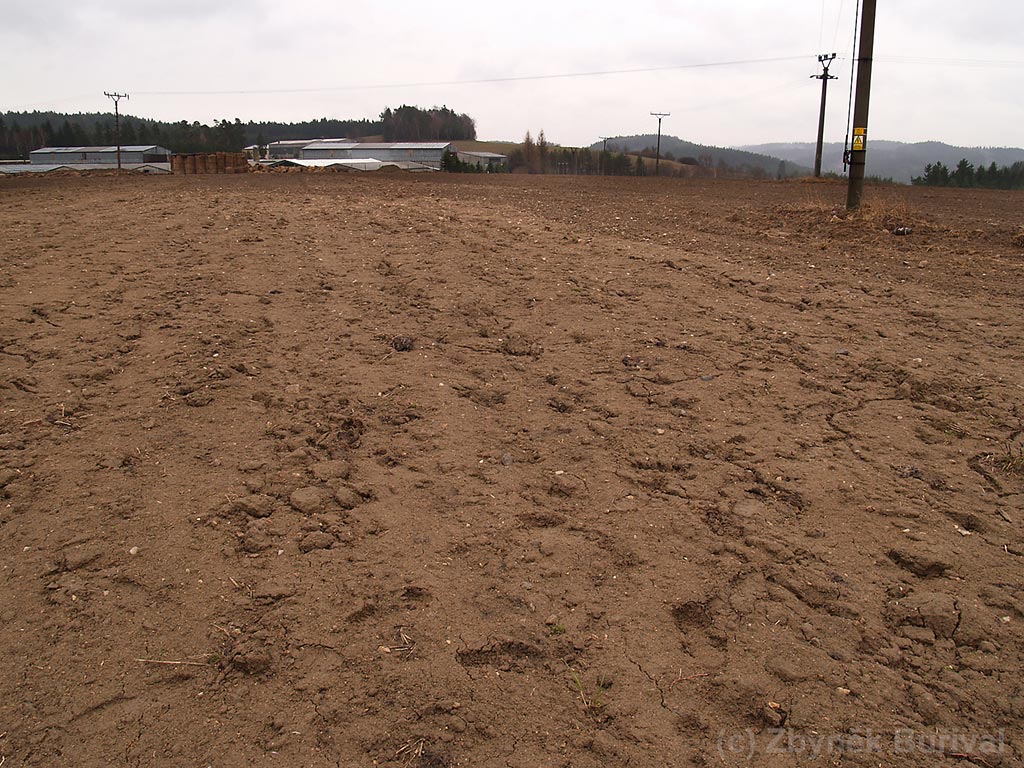 View from the opal field towards the Rožná village. The best collecting often happens after the rains in the late autumn, which allows collectors to appreciate the weather of the highlands. Photo: Zbyněk Buřival

Opal locality is located on the field about 1 km to the North from Rožná village center. The opal occurence is bound to a small serpentinite body, enclosed in biotitic gneisses and migmatites.

Opals from Rožná are quite typical opals formed during decomposition and weathering of peridotite into the serpentinite rock. Decomposition of peridotite involves leaching of silica gels, which precipitate in the form of opal. These are often limited to certain areas or layers within newly formed serpentinite. Other common product of such process is magnesite, which usually forms in different layer then opals. 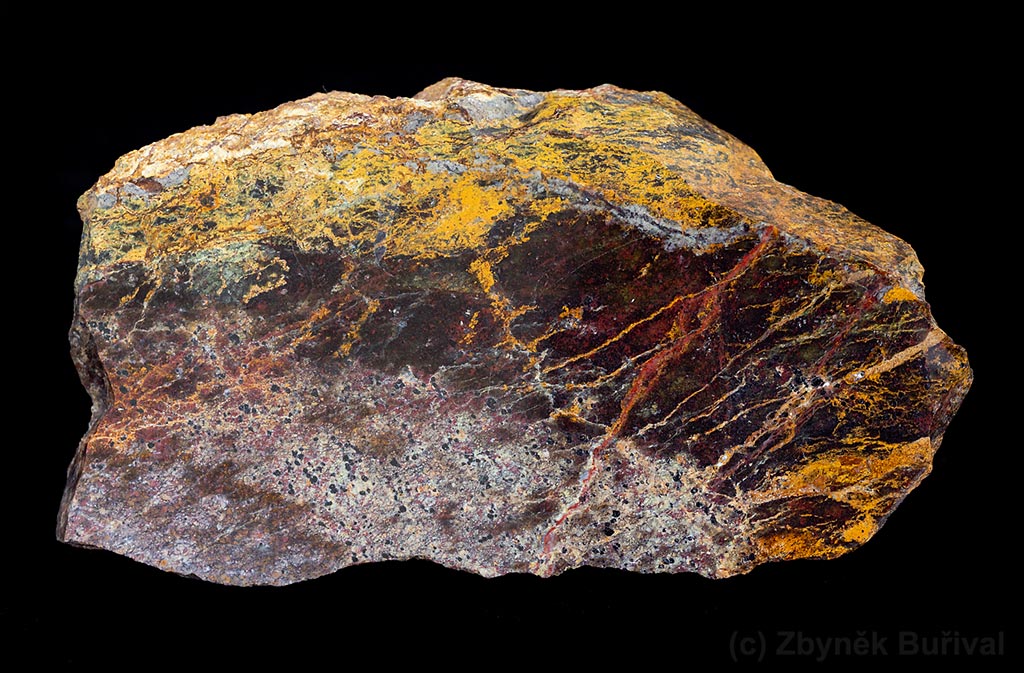 Generally, silica is leached by hydration of olivine rich mantle rocks. Depending on the exact compositon of primary rocks, also Fe and other elements affect the metamorphic process. Simplified reaction of forsterite (Mg-olivine) hydration, resulting in formation of serpentine, magnesite, and opal follows:

Unlike at opal locality Smrček nearby, these opals are pretty dark. Typical colors are dark gray, dark brown, brown-red or anything in between. Most people consider these opals pretty ugly. And truly, most of the opals have ugly dark colors and many lack luster and contain abundant pores and fissures. However, also the good quality opals – suitable for polishing – can be found. 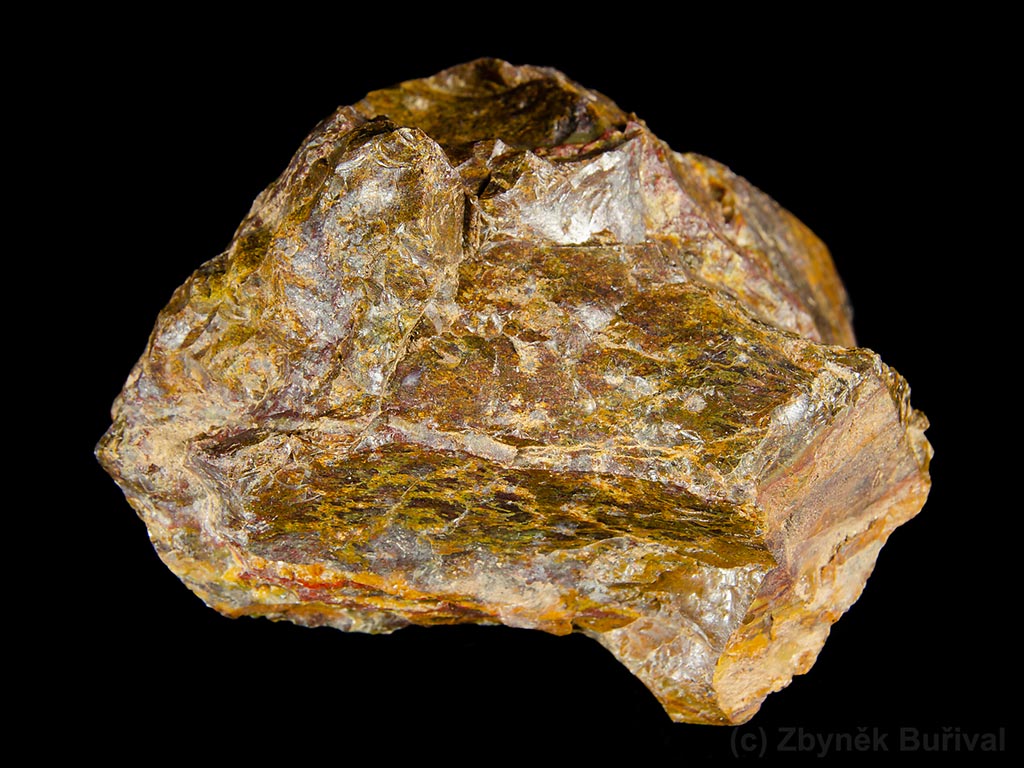 Despite the dark colors, these opals have their own beauty. Opals from other localities in this area often lack the residual serpentinite structures composed of gray, brown or brown-red matrix with the network of very fine red or yellow veinlets. The opal structures are different then typical more massive opals from other serpentinites in the Moldanubicum unit, which tend to be more white, pale yellow, waxy or pale green. 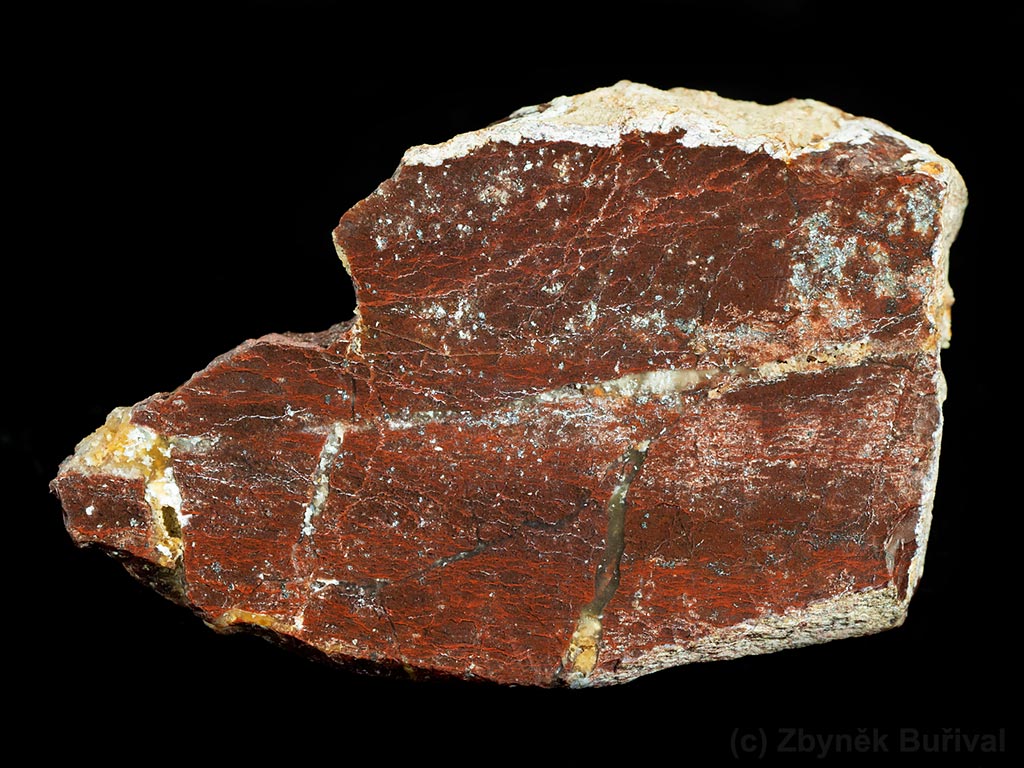 The interesting bonus is the occurence of chromite, which usually forms layers of small dark grains inside the opal matrix. Of course, chromite originated deep in the Earth’s mantle, when the serpentinite used to be mantle rock. Chromite is extremely resistant mineral, so it remains almost unaffected by peridotite metamorphosis into serpentinite. Later, during the formation of opals, chromite was trapped inside them.

Obviously, best time for collecting is when the field is ploughed and after some decent rain. This usually happens in the late autumn, which involves temperatures close to freezing, fog, chilly wind and of course lot of mud. This does not make the locality too popular. 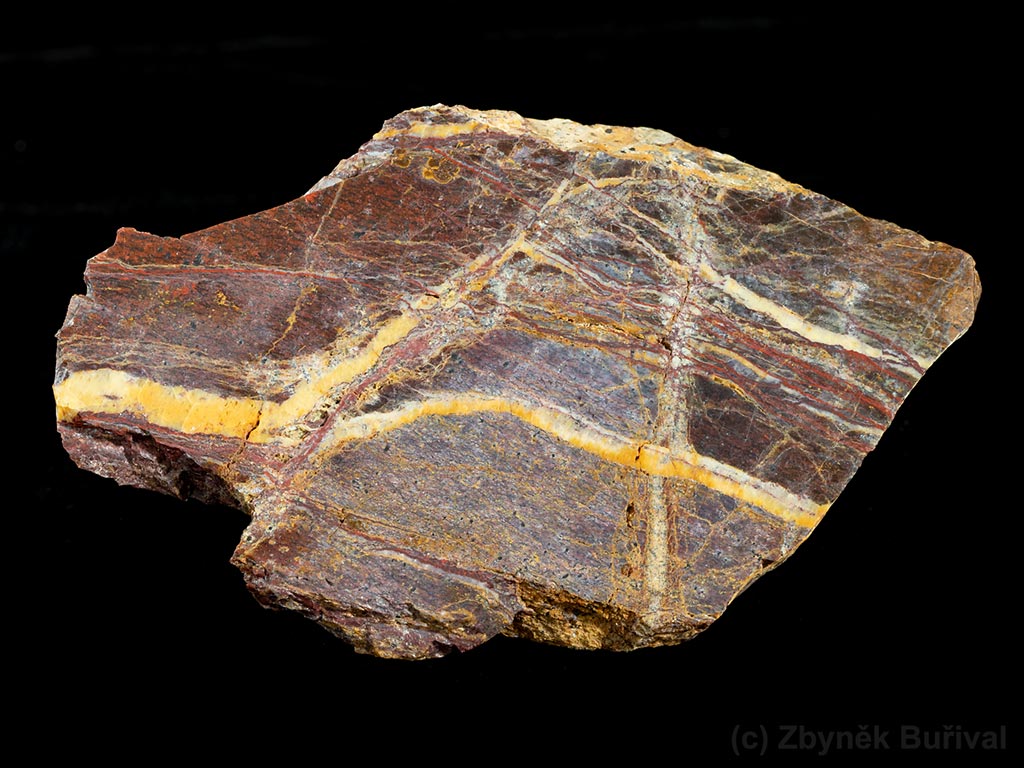 I have visited the locality several times and – despite very abundant opal chunks up to 30 cm – finding good quality opal is not that easy. And finding nice specimen with chromite is just another level of difficulty. Chromite is very hard to spot on dirty dark opals and sometimes it pops out only at home after proper cleaning. I managed to find only couple decent specimens with chromite and only one really good. 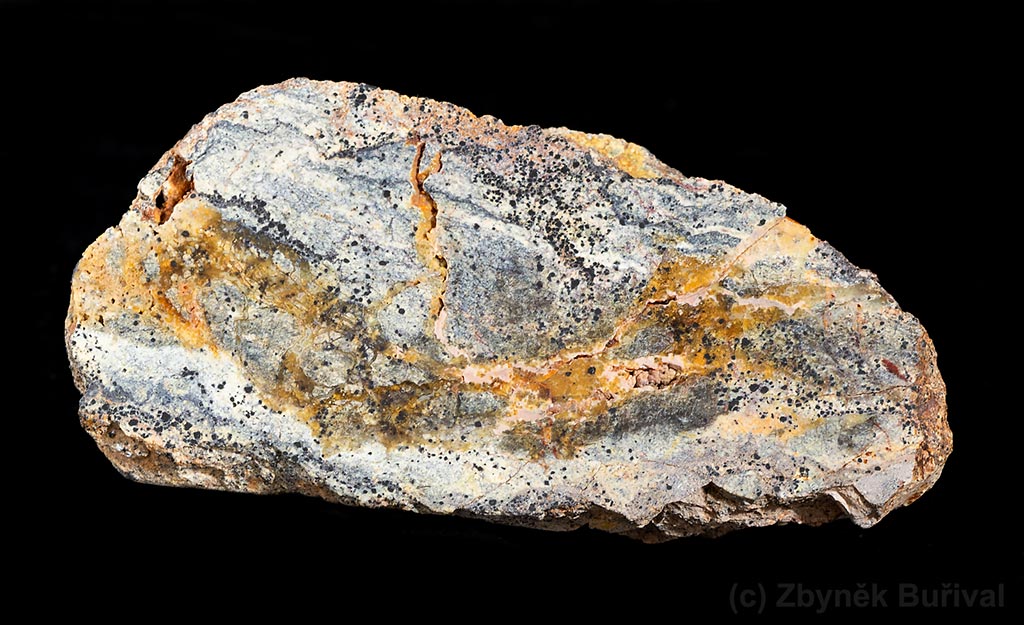 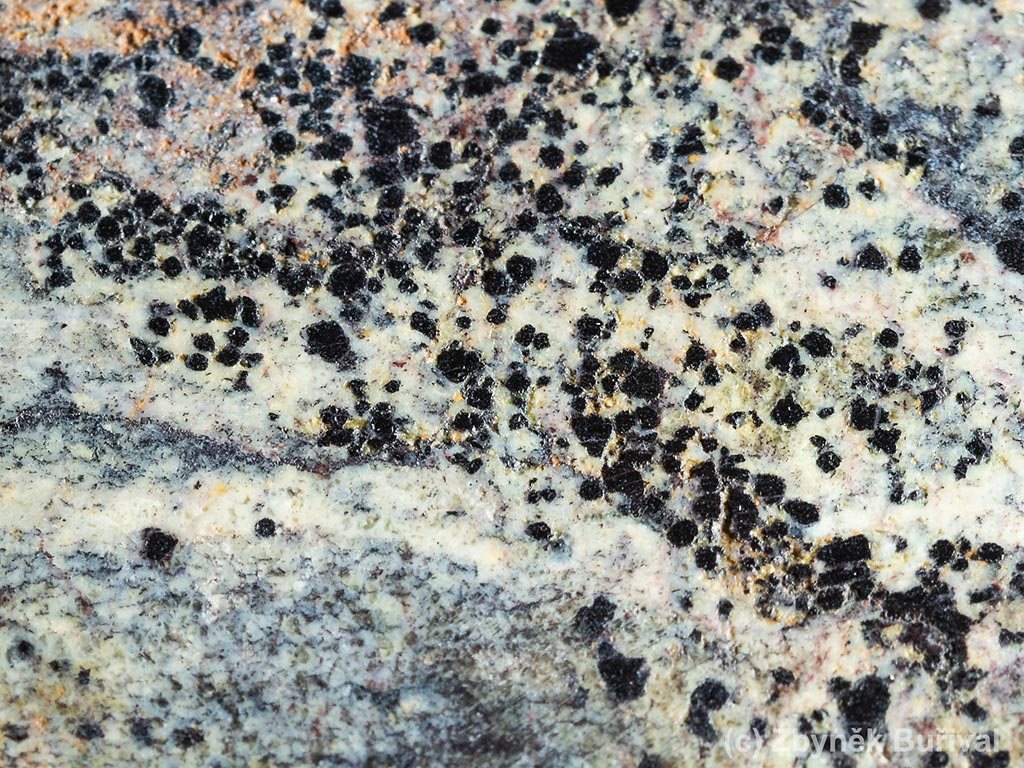