Arsenic is a semi-metal native element, which is famous for its toxicity. But native arsenic also forms interesting mineral specimens, often associated with silver minerals. And it is also important industrial metal. 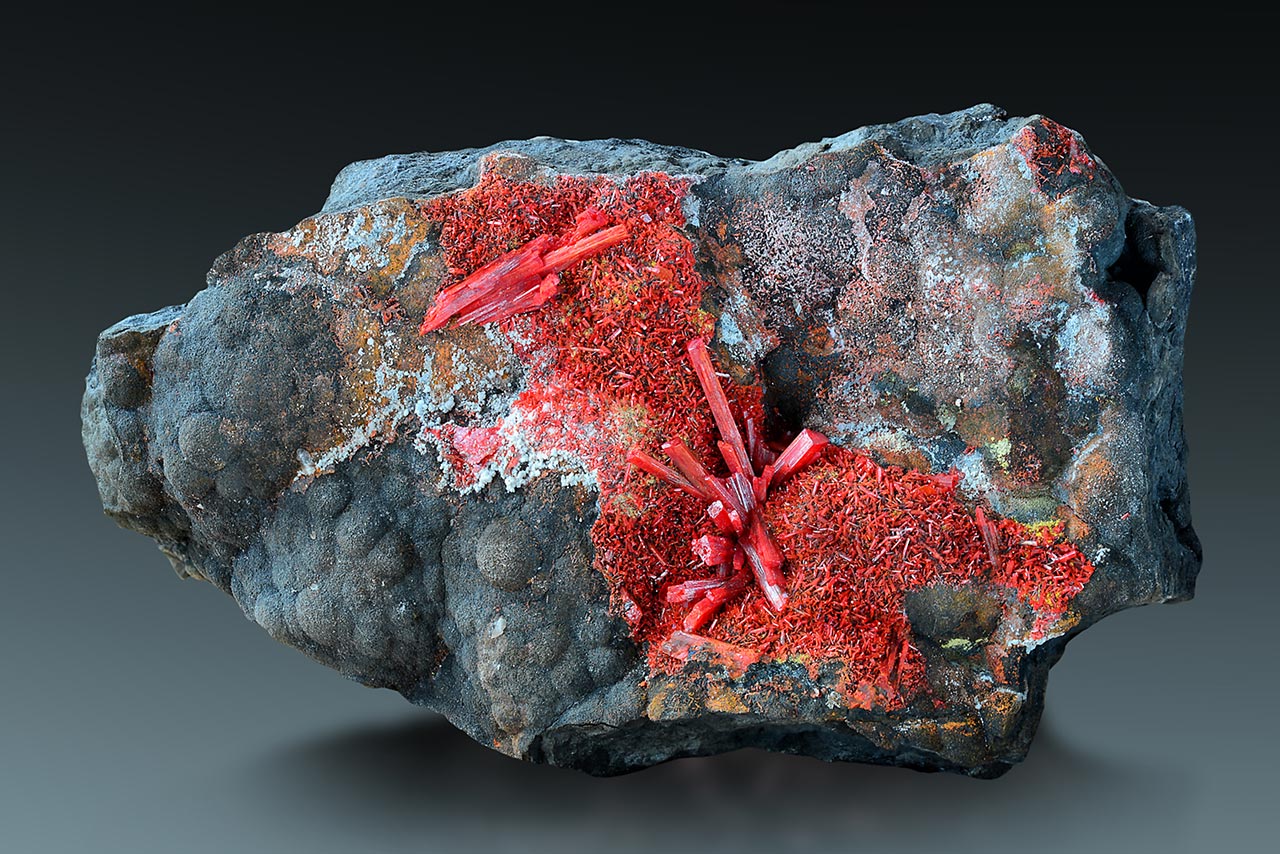 Arsenic belongs to the arsenic group of trigonal semi-metal elements. Other group members are native bismuth, native antimony and arsenic-antimony alloy stibarsen (formerly allemontite). All members of the group are isostructural.

Fresh arsenic is tin white but very quickly tarnished to gray, dark gray or almost black color. Arsenic streak is always black. Arsenic has perfect basal cleavage {0001} and fair on {0114}, fracture is irregular or uneven. Fresh arsenic has metallic luster, which changes to sub-metallic and dull because of tarnish. Arsenic is quite soft with hardness only 3.5, but high density of 5.727. 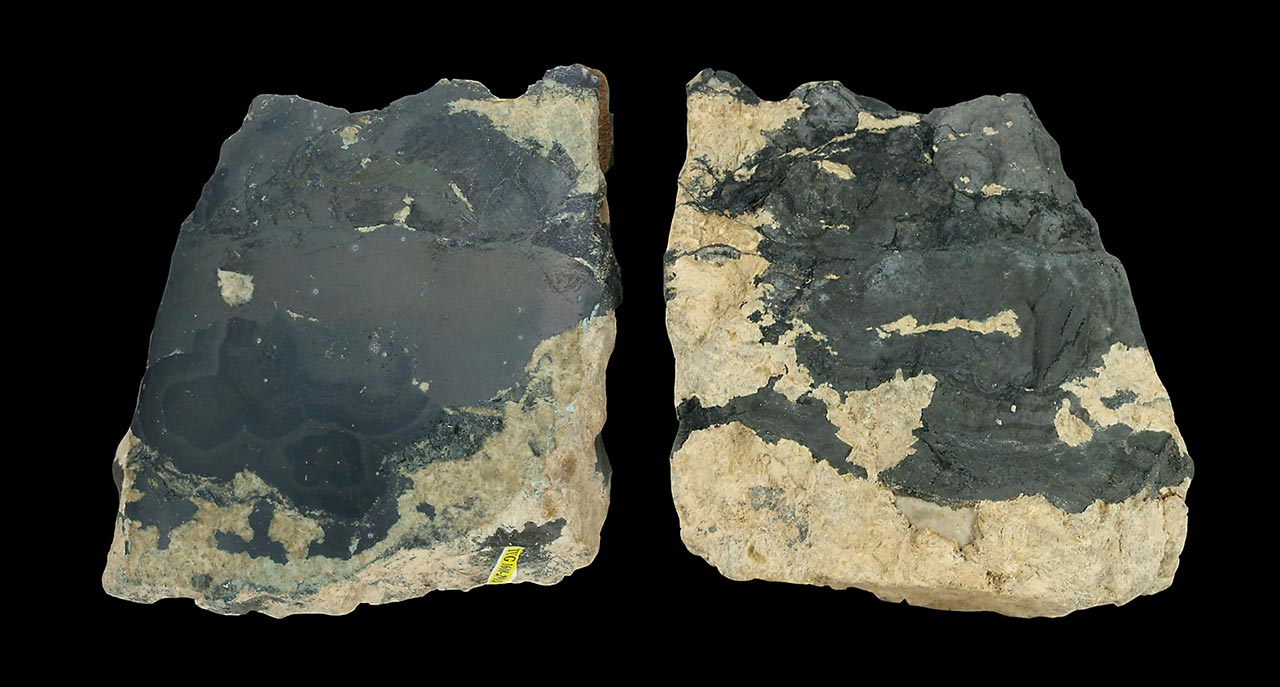 Native arsenic oxidizes to arsenolite (As2O3) upon heating, when it exudes an odor of garlic. Arsenic will also release a garlicky odor when struck. 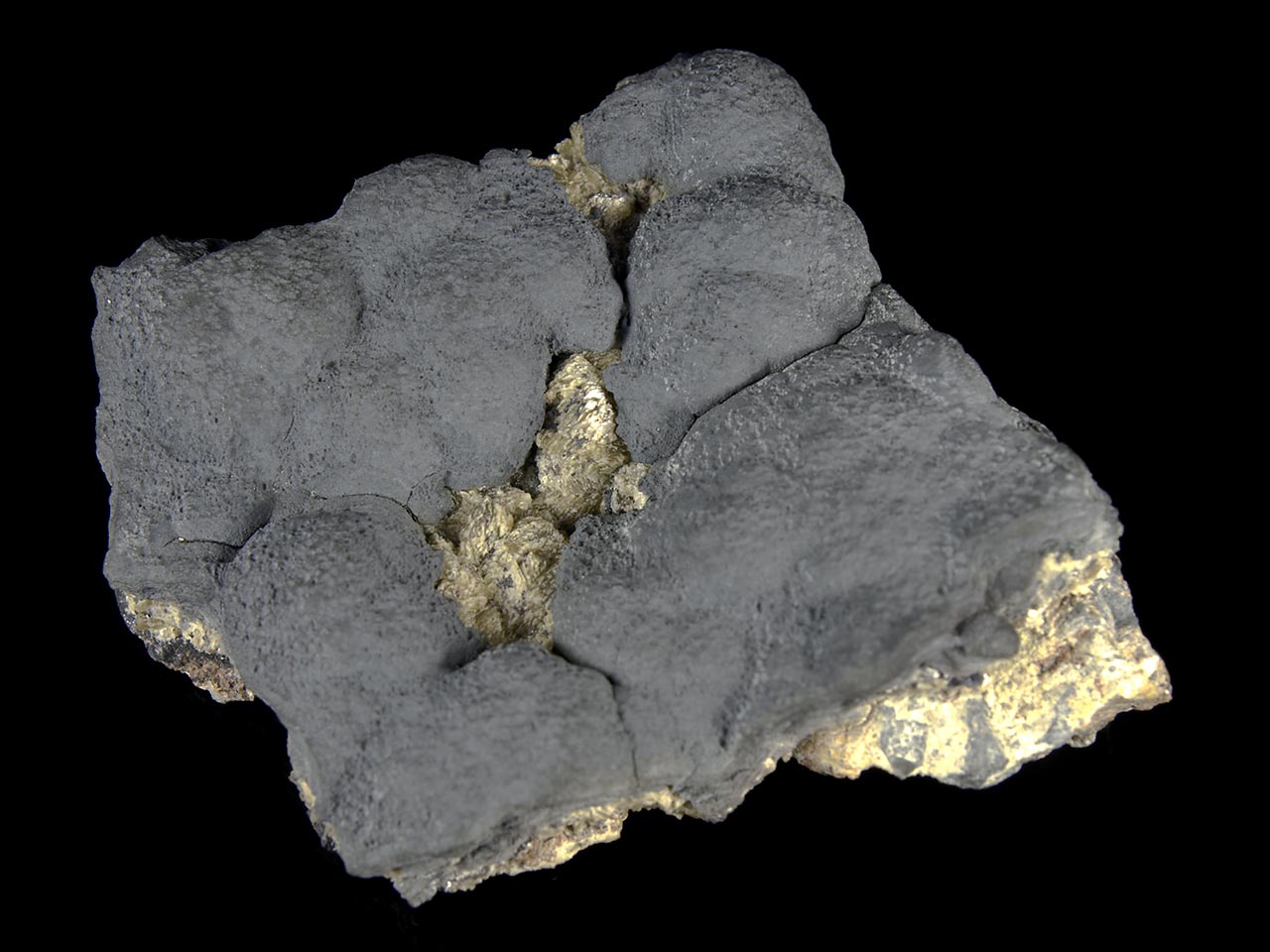 The formal discovery of arsenic is credited to Albertus Magnus (1193-1280), who first heated a sample of orpiment (As2S3) around 1250. The word comes from the Greek arsenikon and Latin arsenicum, a name originally applied to the mineral orpiment.

Arsenic is commonly associated with gold as a geochemically dispersed (disseminated) element in magmatic hydrothermal environments, so much so that it is routinely used as a ‘pathfinder element’ to target prospective gold-bearing rock. Geochemically, arsenic is far more soluble than gold, and generates a much larger footprint signature valuable for exploration. Most of this arsenic is bond in arsenopyrite though. 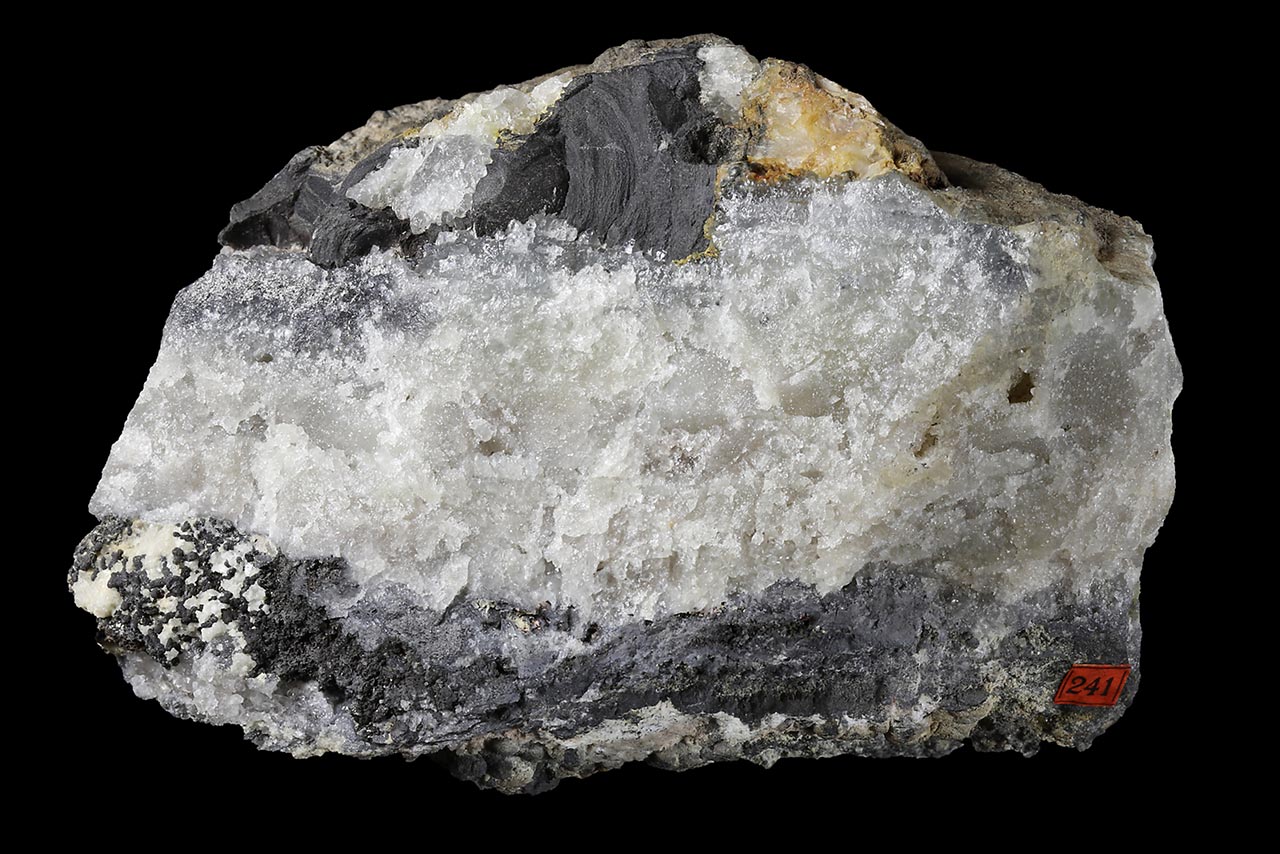 Native arsenic occurs in actual hydrothermal veins, mostly in mesothermal or epithermal veins. It is a typical mineral of complex Ag-As-Co-Ni-Bi-U deposits.

Crystals of native arsenic were also discovered on burning coal dumps and some volcanic vents.

Native arsenic is one of the truly toxic minerals. However, mineral specimens are quite safe. It is better to wash your hands after handling arsenic specimens and definitely avoid licking it. The truly dangerous idea is to heat arsenic, which produces deadly vapors. But there is no need to panic because of arsenic sitting in a closed mineral display.

Poisonings in Europe became a major agent of murders beginning in the first 2 decades of the 19th century. Arsenic – or better say white arsenic (As2O3) - acquired its prominent reputation then as an inheritance powder largely from the intersection of two cultural threads. White arsenic was widely available, cheap, easy to acquire, and the knowledge of its toxicity was well-known. In France between 1835 and 1880, poison accounted for 40% of murder cases. Throughout the 19th century century, in England arsenic accounted for 1/3 of the poisonings. 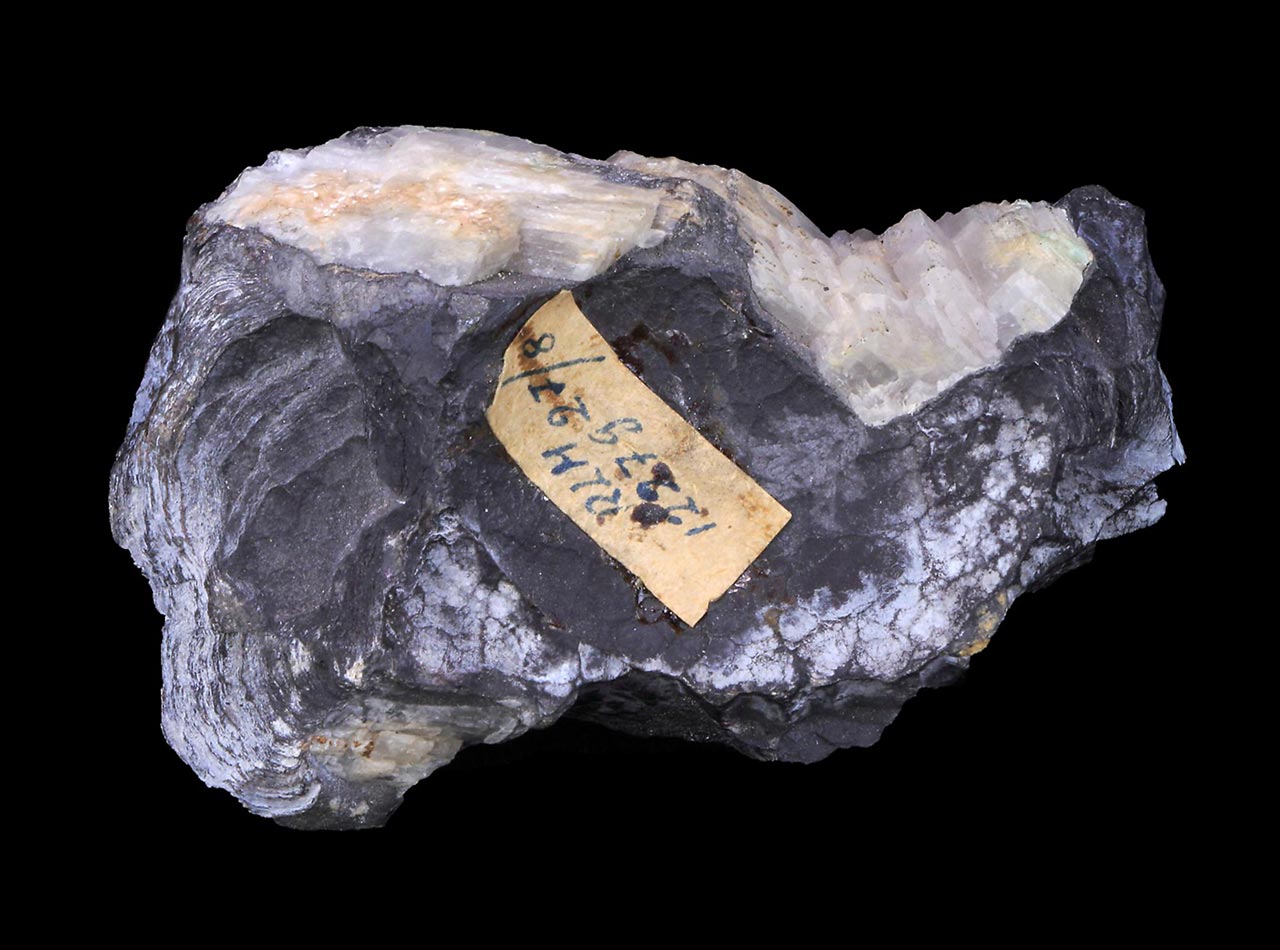 Inorganic arsenic is recognized as a biologic hazard, capable of creating skin lesions, skin cancers and hard patches on the skin (hyperkeratosis). Its acute effects are vomiting, abdominal pain and diarrhea. Over the longer term, symptoms may range from numbness, tingling of the extremities and muscle cramps to neurologic disorders, bladder and lung cancer, diabetes, pulmonary and cardiovascular disease and death.

Natural exposures consist of areas of past active volcanism, and the greatest latent hazard to the public is from groundwater containing elevated and undocumented levels of arsenic in drinking water. Occupational exposure is highly regulated, and is confined to a few basic industries: construction, electronics manufacturing and smelting.

In modern applications, arsenic was widely used in agrochemicals, which is mostly abandoned in Europe and USA. It is still used as a feed aditive in organic complexes in poultry and swine production. Until recently, arsenic was widely used in production of optical glass and white glaze in ceramics industry. Current medicinal use of arsenic is highly limited, mostly to special treatment of cancer and leukemia. 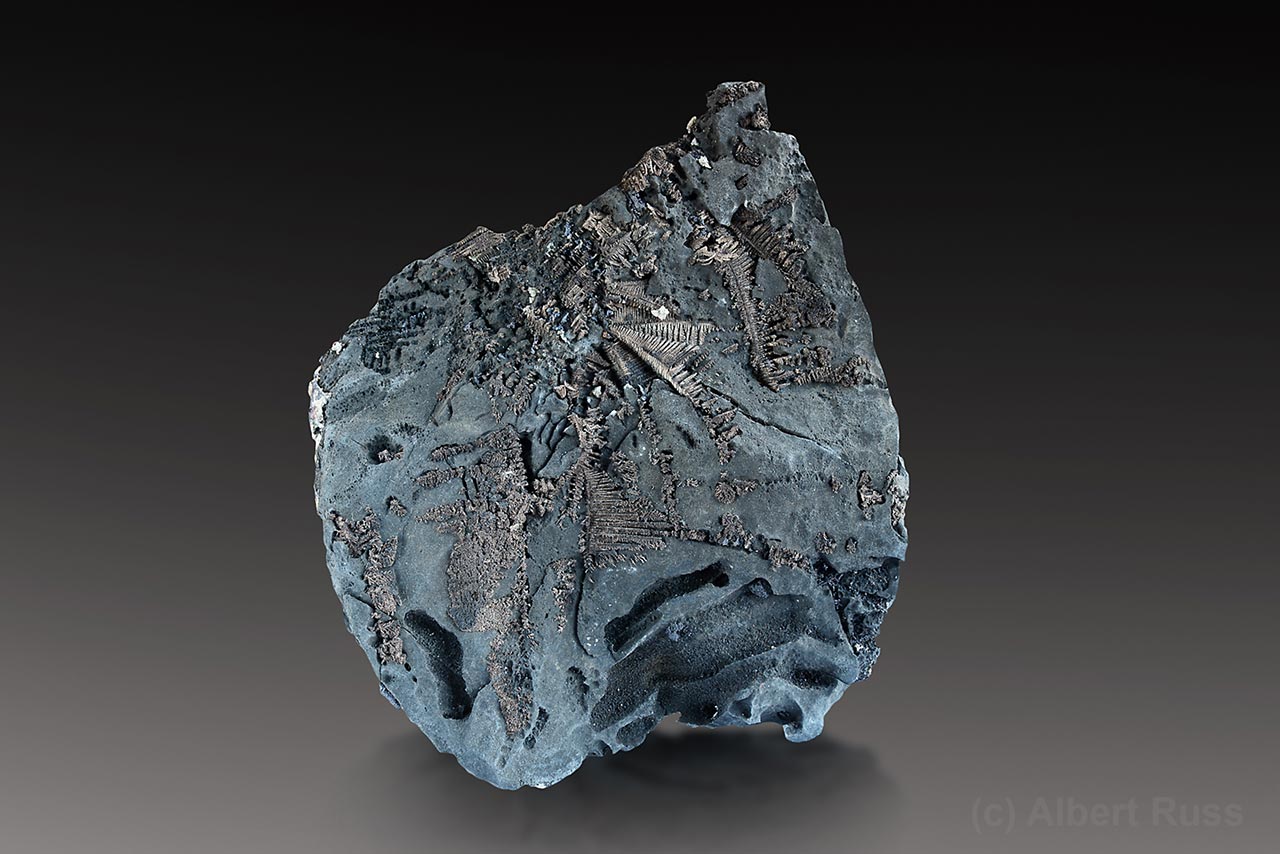 Arsenic is also important for manufacturing of alloys, despite only being an aditive: Small amount is added to the lead in batteries or some types of lead ammo. It is also added in tiny amount into brass. However, the most important is gallium arsenide, which is a semiconductor used in fast integrated circuits, lasers and LEDs.

The most famous poisonous form is arsenic trioxide As2O3 (white arsenic), which occurs naturally as a mineral arsenolite. Arsenic is famously known for its role as a poison, pigment and preservative in the 19th century. Various arsenic chemicals were recognized as an effective poison for killing rats, flies and weeds. They were incorporated as a pigment to color wallpaper, paints and fabrics. Arsenic chemicals were also used as a preservative for animal hides and, until recently, pressure-treated lumber.

China is by far the dominant source of industrial production of arsenic, followed by Morocco, Russia and Belgium. However, most of this arsenic is produced from arsenopyrite. Facilities in the US and Europe are largely dormant because of the recognized environmental hazard of its lingering toxicity.

Native arsenic occurs on many localities worldwide but rarely in large amounts or accumulations. Most common are botryoidal specimens and crusts, nice crystalline specimens are incredibly rare. 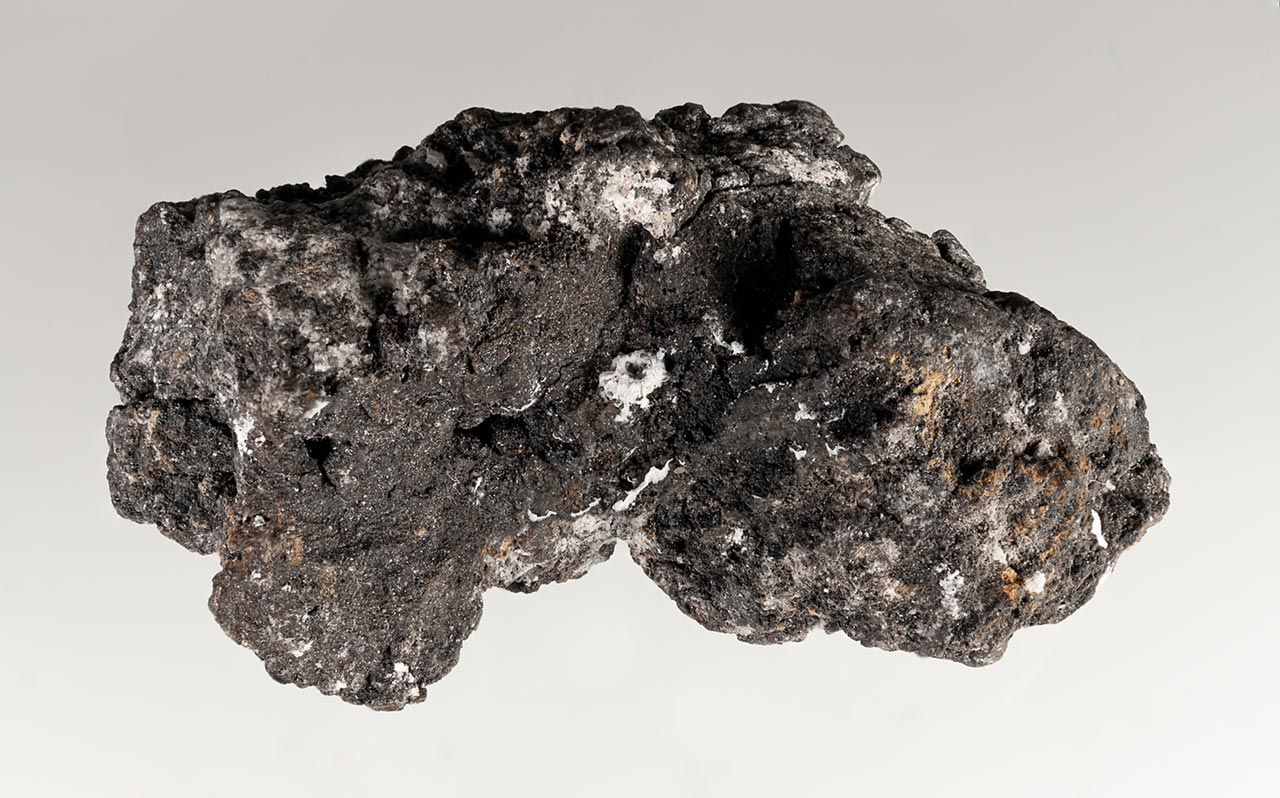 Nice crystalline arsenic specimens were also recovered from Akadani Mine, Fukui Prefecture, Honshu, Japan. Botryoidal arsenic was found at Kusa Mine, Borneo Island, Malaysia and in Krasnochikoyskoe deposit and Talnakh-Norilsk, both in eastern Siberia, Russia.