Baryte is the common mineral and main ore of barium. It is also highly popular as mineral specimen due to its wide variety of aesthetic shapes and colors.

Sometimes referred to as barite, the name has been officially changed to baryte by the IMA, but many sources have yet to update their information.

Baryte's chemical formula is BaSO4 - barium sulfate. Baryte usually contains some amount of Sr, Ca and Pb. This mineral forms rombic crystals and has the same structure as anglesite and celestine. Sometimes it is found with stronium included, and it is written as (BaSr)SO4. 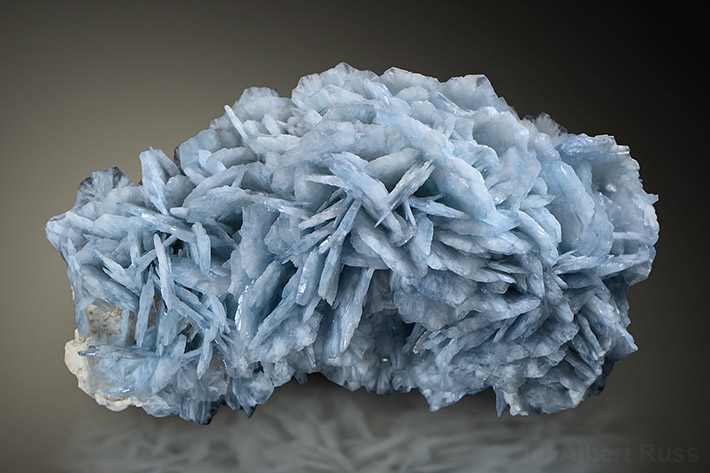 Baryte usually forms tabular crystals and less often prismatic crystals, or platy, grainy, or coxcomb shaped aggregates. Sometimes, baryte is nodular or fibrous, or it may form massive growths or become stalactitic. It frequently becomes twinnned and sometimes includes phantom growths or inclusions. One of the biggest reasons why this mineral is so highly prized by collectors is its tendency to grow into perfect flower-shaped rosettes. 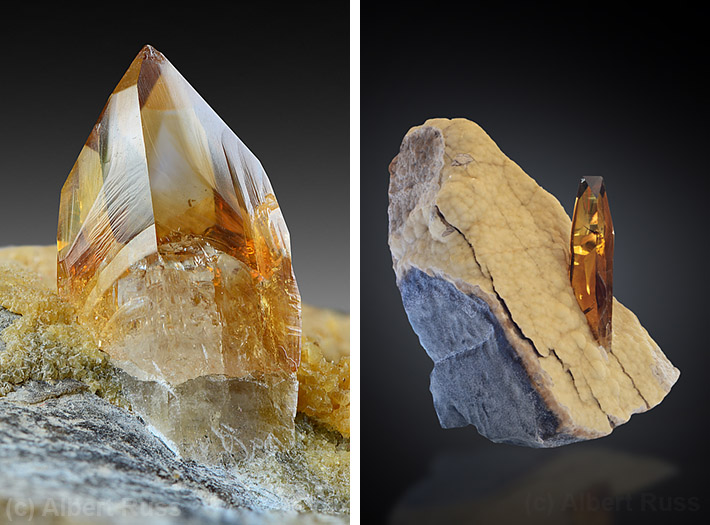 One very typical property of baryte is its high density - 4.5 g/cm3. It can be easily distinguished from many similar minerals by its inapropriate weight. Baryte comes in several different colors, including white, orange, yellow, pink, red, brown, purple, green, blue, black, and gray. Baryte has a pearly or vitreous luster and may be opaque or transparent. It is quite soft, registering at 3 to 3.5 on the Mohs scale of hardness. Its streak is white. Baryte is quite brittle and it has perfect cleavage in two directions. Sometimes, this mineral is UV fluorescent. 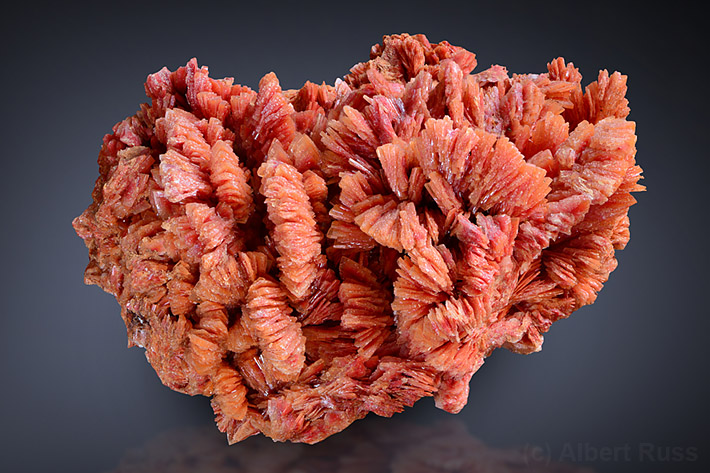 Similar minerals include baryte's close cousins, celestine (SrSO4) and anglesite (PbSO4). Distinguishing these may be quite tricky sometimes. White or pink massive baryte can appear very similar to massive K-feldspar, but it is much heavier and softer. Baryte is often accompanied by fluorite, but fluorite is also much lighter and has an isometric cleavage in 3 directions. 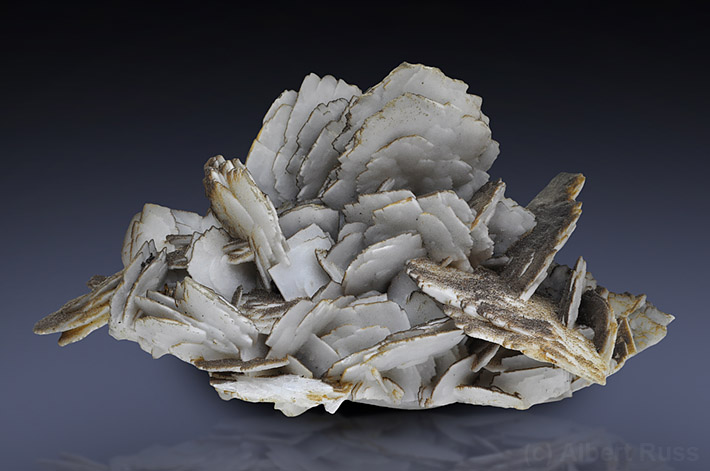 As barium's main ore, baryte is frequently used in the production of both rubber and paper. This is by far its most common application, although it can be found in many other areas as well. Baryte can be crushed into powder and added to fluids. The resulting heavy and dense barium mud is used in the drilling of oil wells. The same powder was once also used to create a bright white pigment in ancient times, although it is not used for this same purpose today. Baryte is also helpful in the medical field, as it helps with visibility of the digestive system during X-rays. Baryum is also a source of green color in fireworks. 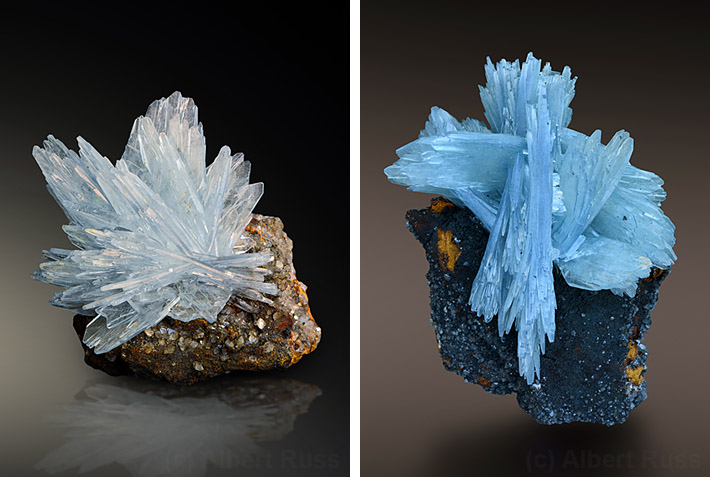 Because baryte is so common, it is found in thousands of places. Most collector specimens come from medium to low temperature hydrothermal veins, where baryte often forms outstanding crystals.

Baryte in hydrothermal veins is usually associated with ore minerals like galena, sphalerite and pyrite, or gangue minerals like calcite, dolomite and rhodochrosite. Hydrothermal fluorite-baryte veins are very common.

Baryte also often forms in layers of sedimentary rock, especially evaporites, where it occurs together with celestine, anhydrite, gypsum and rock salt. 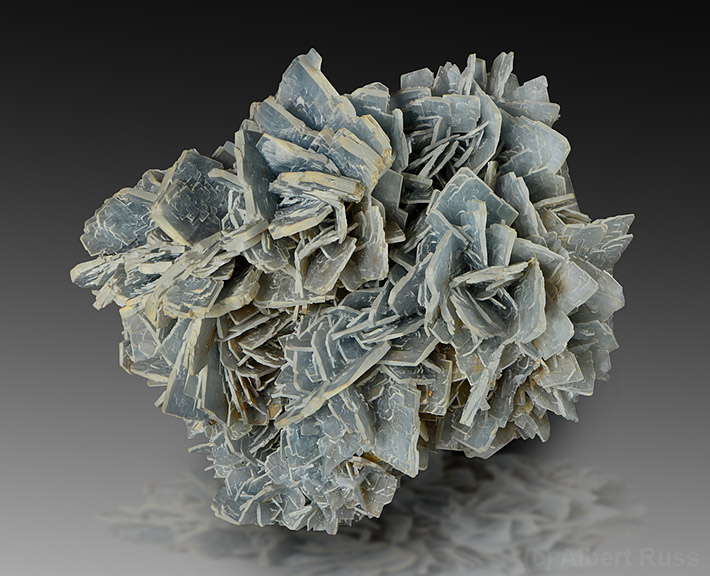 Baryte sometimes replaces other mineral and organic growth. It can form in the oxidized parts of ore deposits. When present in hot springs in mass quantities, it can form tuffaceous mounds. Sometimes it can be present in geodes in basalts, but this is uncommon.

Because baryte is so common, it is found in thousands of places. Some of the nicest specimens have been found in classic locations like Cornwall, Alston Moor, Frizington, Mowbray - England; Barjaco, Colombies, Gard - France; Cavnic, Herja - Romania; and Sardinia, Italy. Other sites include dozens of abandoned ore and fluorite-baryte mines in England, France, Germany, Czech Republic or Romania. 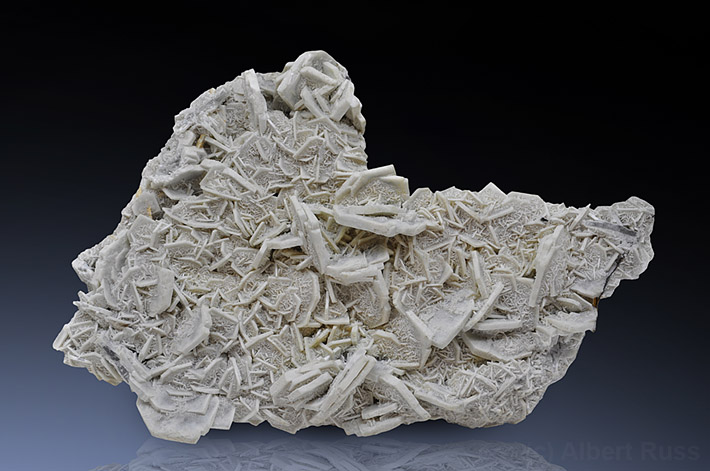 Recently, some very nice blue barytes were discovered in Nador, Morocco. Nice baryte rosettes, sometimes with vanadinite or cerussite, are produced in the mines around Mibladen, Morocco. Other excellent baryte can be found in Huánuco, Peru, and in the Sichuan Province in China. 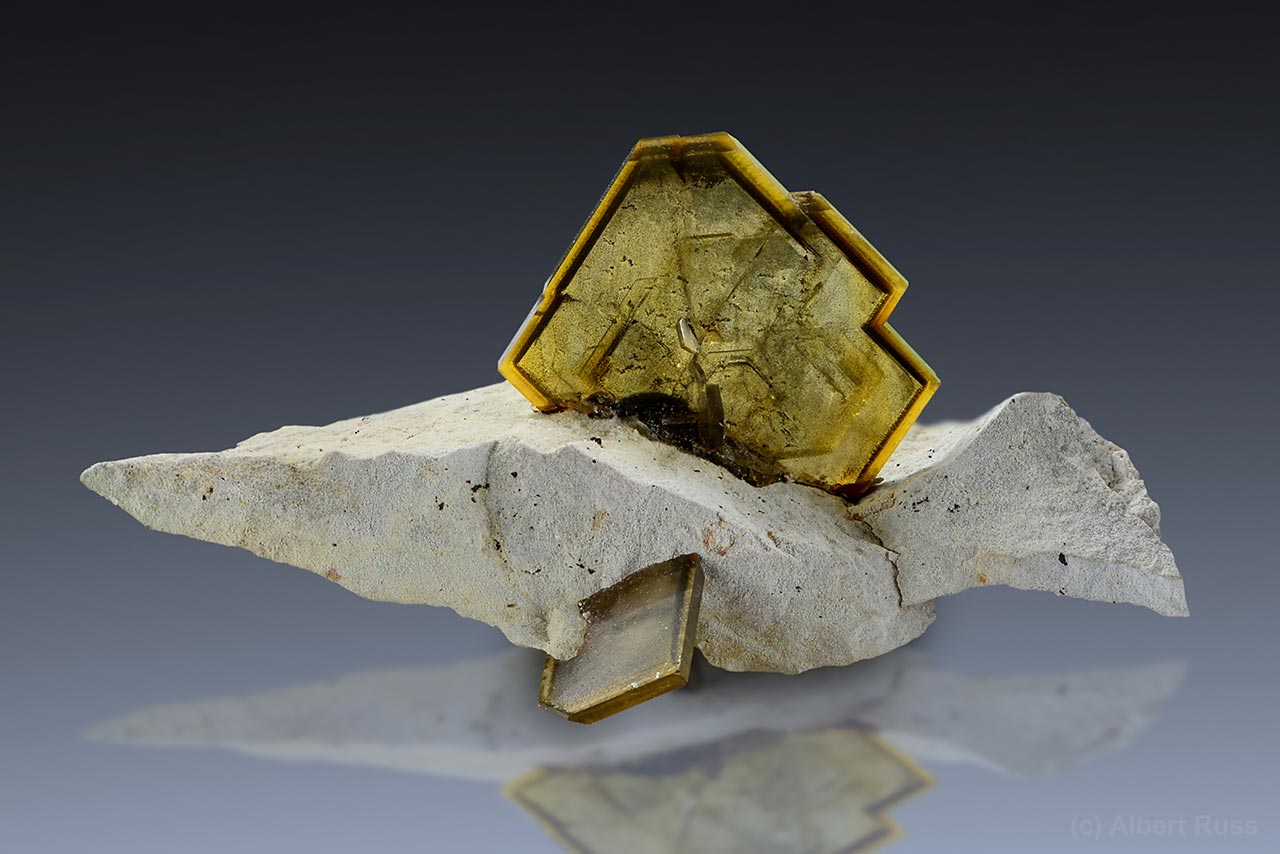 Desert Rose brown baryte with rosette formations can be found in Norman, Oklahoma, and honey colored baryte is found in Elk Creek, South Dakota. Yellow baryte is also found in Nevada and in Colorado, while Colorado is also home to prismatic blue specimens. Colorless and clear baryte can be found in Colorado as well. Nice combinations with sphalerite and fluorite come from Cave In Rock, Illinois. The Rock Candy mine in Canada is home to yellow tabular baryte crystals.