Silver is a beautiful mineral and native element. It is known as one of the precious metals, and its history dates back to ancient civilizations, where it was used in many of the ways that it still is today. Sometimes, silver is mined as native silver, but most of the time, it comes from sulfide ores.

The chemical formula of silver is Ag - pure silver is a native element. Silver crystallizes in isostructural (cubic) form. It forms a wide variety of crystal shapes, including octahedral, dodecahedral, and cubic crystals, although these do not occur very commonly. More often than not, silver grows in massive crystal groups, or as dendritic or grainy growths. 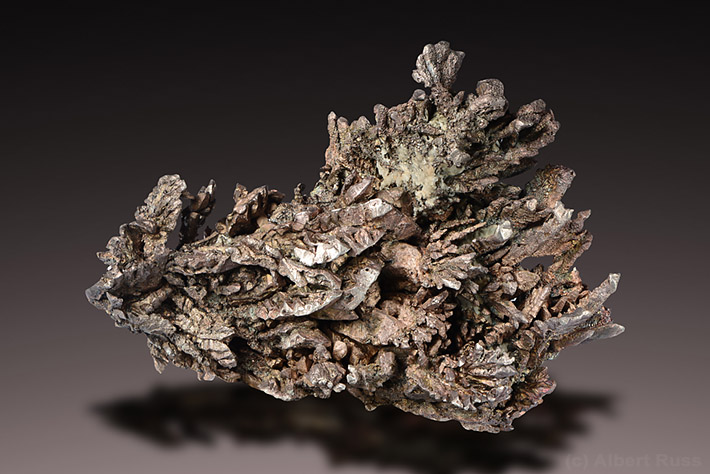 Silver is isostructural with copper and can easily produce alloys with gold, copper or mercury. Mixture of silver and gold is known as electrum.

Although it is usually found in a pure form, it might also be found mixed with copper, arsenic, mercury, gold, or antimony in nature. Silver has a metallic luster and shows no cleavage. It registers at a 2.5 to 3 on the Mohs scale of hardness. 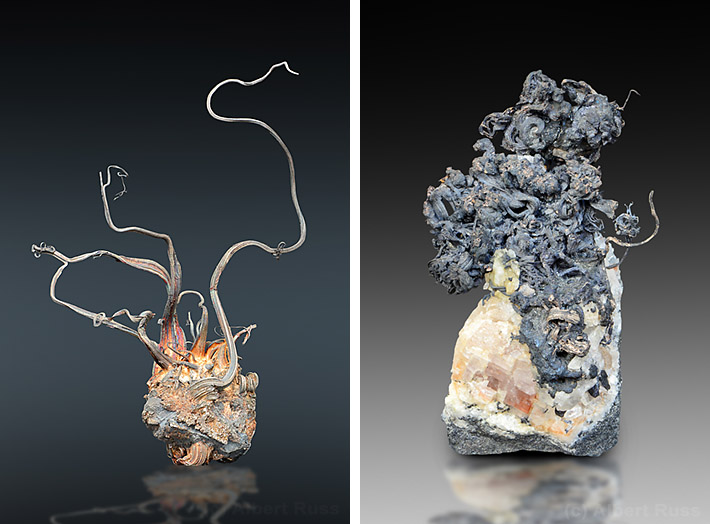 Silver is known for being both malleable and ductile, which makes it a great choice for jewelry and fine decorations. Up to 1 km long wire can be produced from only 1 gram of silver! It is also quite resistant, which means that it can stand up to a lot of weathering and damage. It has no reaction to water or to oxygen, and it does not dissolve in solvents. It does, however, have a negative reaction to sulfur and sulfides, which causes it to tarnish. Silver is soluble in most oxidizing acids. 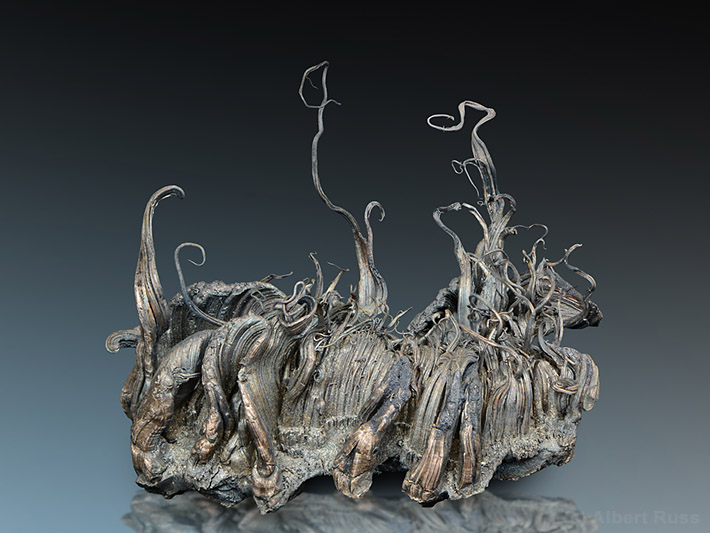 Silver leaves a shiny white to gray streak, and its surface color is silver to white. It is an opaque mineral, but when it tarnishes, it turns dark yellow, brown, gray, or even black, depending on the length of time it has been exposed to sulfides. The ugly coatings are produced when native silver reacts with hydrogene sulfide (H2S) vapors in the air and forms the acanthite (silver sulfide) on the surface of silver specimen. 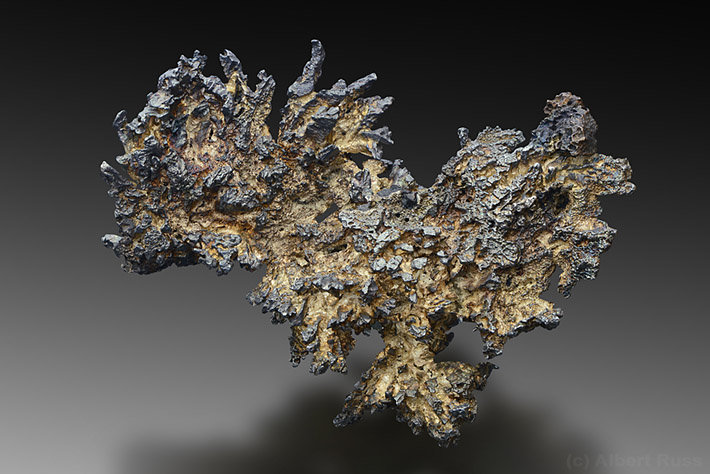 Because silver is the best known conductor of electricity, it is a major component of many electronic devices, circuit boards, and similar items. Huge amount of silver is used also in chemical industry as a catalysator. It is also one of the most popular metals used in jewelry, because of how easy it is to form and shape into a desired design. For similar reasons, it is also often used in the production of cutlery, serving trays, and drinking glasses, as well as other home decor items. Silver is much abundant and cheaper then gold which makes it good investment material for small scale investors. 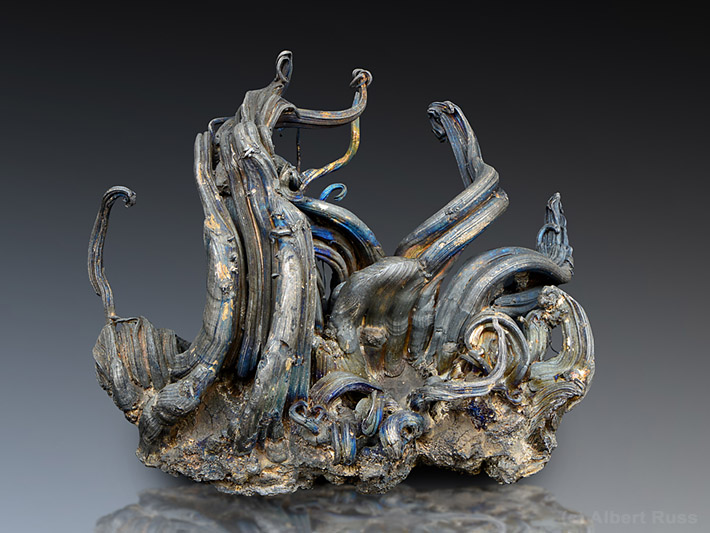 Silver used to be the main material for coins for centuries and its importance as a money-maker ceased with introduction of virtual paper money in the beginning of the 20th century. Silver was also very important for photography. Huge amounts of silver became suddenly available when digital photography emerged and production of silver chemical for photography almost stopped. 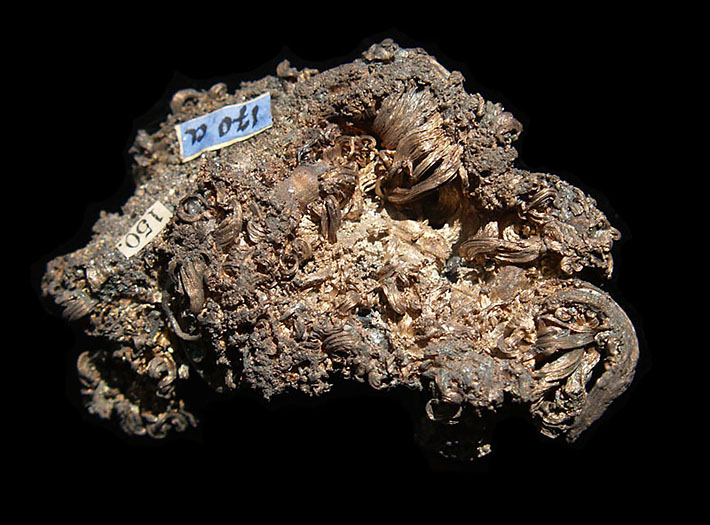 Silver can be found as a primary mineral in certain hydrothermal veins, and in volcanic basalt rocks. It also forms as a secondary mineral by breakdown of polymetallic ore deposits. Many highly priced silver specimens were formed by decomposition of primary silver-bearing minerals. 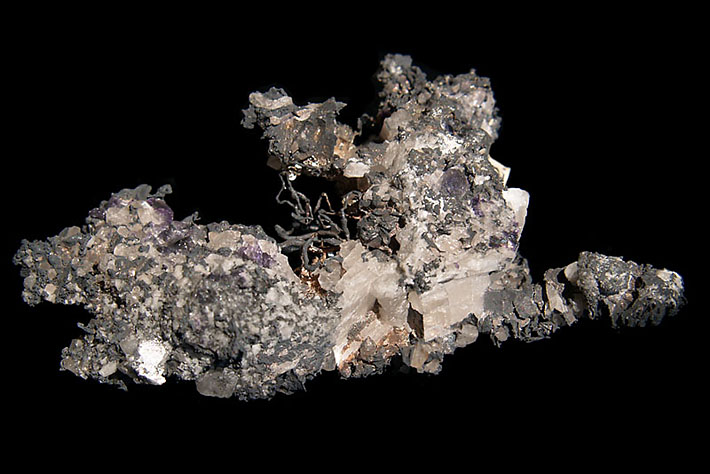 Silver forms many minerals but the main silver ore is surprisingly argentiferous galena. Silver can enter the galena structure and replace up to the 5 % of lead. Most of the silver is mined as a byproduct from polymetallic or porphyric sulfide ores. 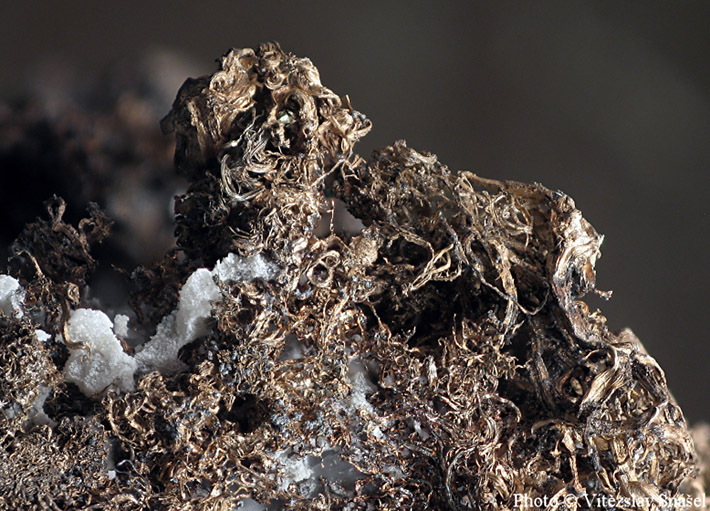 Two of the most well-known silver mines have historically been located in Saxony, Germany and in Kongsberg, Norway. These mines were known for their beautiful multitude of wiry and dendritic growths. Also uranium mines in Příbram, Czech Republic or ore mines in Freiberg and Pöhla, Germany produced impressive silver specimens. However, they are no longer functioning mines, and silver that comes from these locations is very valuable. 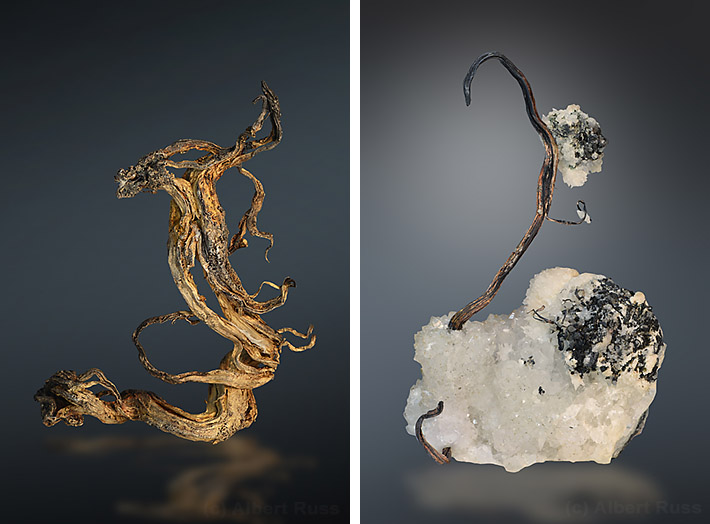 Today, Chihuahua, Mexico is known for its large silver growths, also Sarbay and Dzhezkazgan, Kazakhstan as well as the Anhui Province in China have become major players in the world of silver mining. Silver is also mined in the Elura Mine and Broken Hill, both of which are in New South Wales, Australia. Some impressive silver specimens can be found in the Imiter Mine in Morocco, as well as in several locations throughout South America, including Potosi in Bolivia; Chañarcillo in Chile and the Uchucchacua Mine in Peru. The United States is not known as one of the major contributors to the silver population, but ore has been found in Colorado and Michigan, as well as in neighboring Canada in Timiskaming District, El Bonanza Mine, and Silver Islet.