Wulfenite is a mineral species composed of lead molybdate, Pb(MoO4), sometimes occurring in sufficient abundance to be mined as an ore of lead, but in practice its molybdenum content is greater. Even so, it is rarely used as an ore mineral because there are easier sources of lead or molybdenum available to exploit.

Wulfenite belongs to the tetragonal crystal system, and it often presents as cubic, dipyramidal or bipyramidal forms. In cross-section, crystals will often appear square or octagonal. In habit, it may range from granular and massive to tabular, platy aggregates. It is somewhat brittle, typically fracturing in a conchoidal pattern. 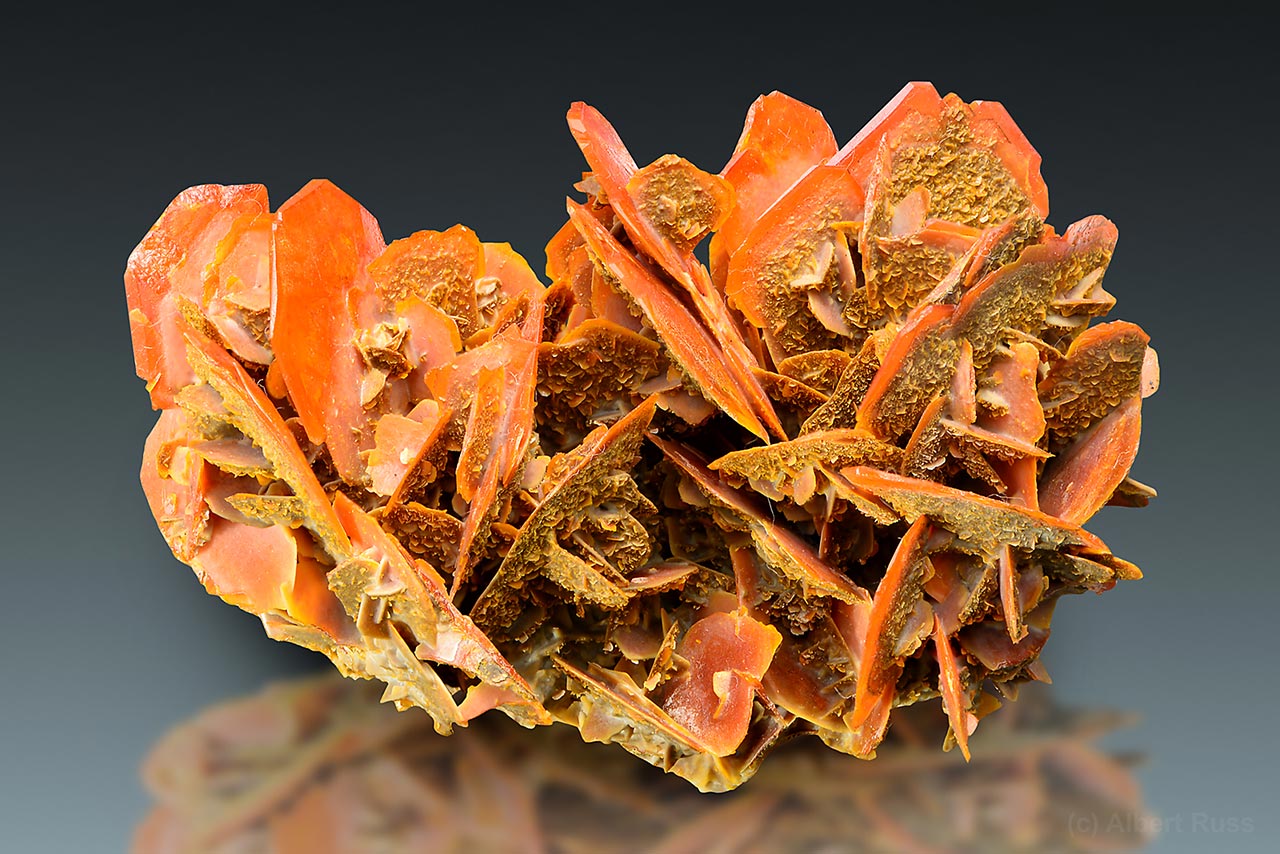 Wulfenite is a resinous to greasy mineral, varying in color from shades of bright or waxy yellow to orange or orange-red. Gray, olive green, brown and black are less common colors. Its hardness is 3, like calcite, and its streak yellowish-white. 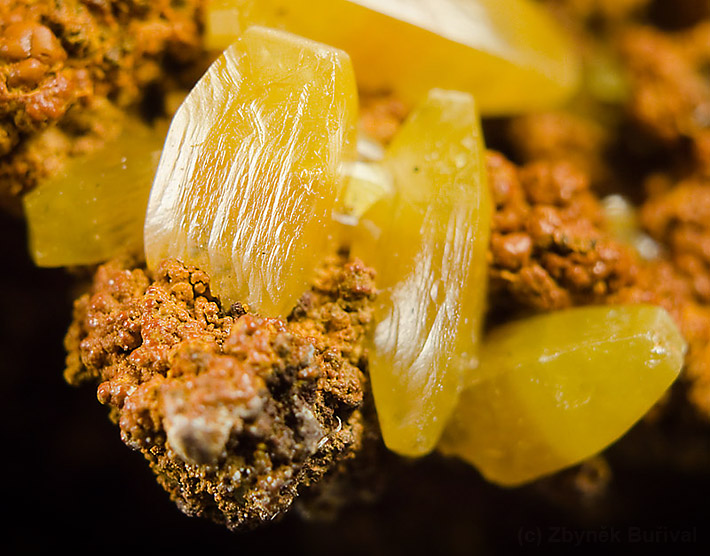 The mineral was first assigned a Latin name, plumbum spatosum, in 1772 by Ignaz van Born, renamed Kamtherischer bleispath in 1781 by Joseph Franz von Jacquin, and finally named wulfenite in 1845, in honor of an Austrian mineralogist, Franz Xavier von Wulfen. Other names were proposed, but never adopted.

Wulfenite is a secondary lead mineral found in the oxidized zones of hydrothermal lead deposits, often found in association with lead or zinc carbonate (cerussite or smithsonite), lead sulfate (anglesite), zinc silicate (hemimorphite), lead or arsenic chloride phosphate (pyromorphite or mimetite), and a variety of iron and manganese oxides. The primary source of the lead for wulfenite formation is usually galena. 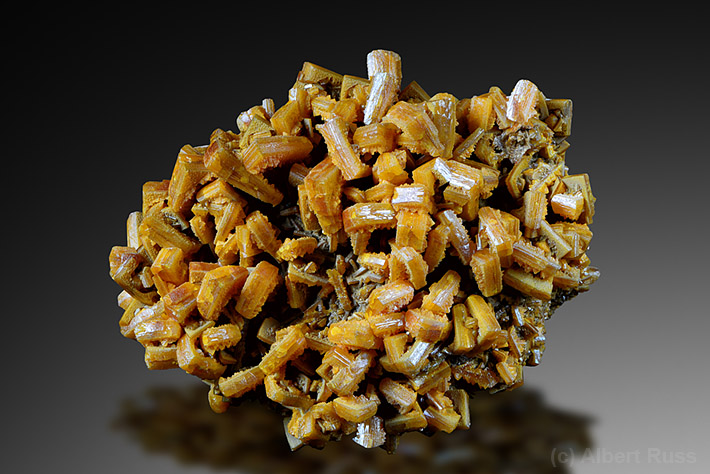 Wulfenite is attractive mineral for mineral collectors, but it has little value as an ore of either lead or molybdenum (wulfenite proper), or lead or tungsten (stolzite proper), as it is a relatively insignificant source of any of the three elements. The main reasons are that most lead is recovered directly from deposits of galena; most tungsten is recovered from deposits of scheelite and wolframite; and most molybdenum is recovered as a byproduct or co-product of very large porphyry copper deposits. 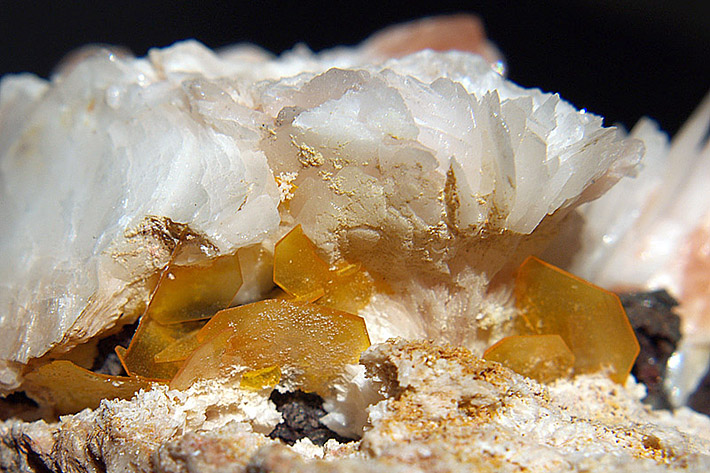 Although wulfenite contributes little to the world supply of molybdenum, Union Carbide Corporation did develop and patent a multi-step process for recovering contained molybdenum from wulfenite by crushing the ore, combining it with heated sodium hydroxide, and leaching, filtering, and recombining it with Fe, Mg or Ca chloride solutions. 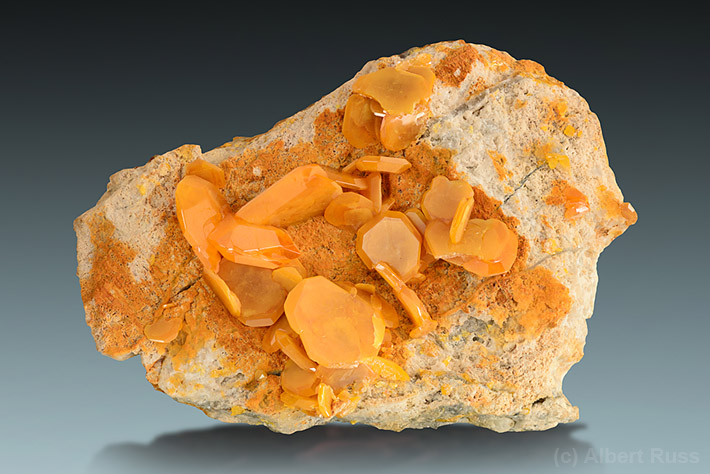 The Red Cloud Mine in western Arizona was a prolific producer of silver between 1878 and the 1890s, yielding over 21,000 tons of ore and thousands of specimens of accessory wulfenite. The crystals were spectacular, and became the foundation of wulfenite museum collections worldwide. Since the 1950s, the mine has been opened from time to time as a specimen mine, with collectors converging in the hope of finding that one greatest specimen. The US Post Office honored a Red Cloud specimen with a postage stamp in 1992.

A lesser-known cited locality is the Tincup Mining District of central Colorado, where sills of Tertiary magma injected lead-zinc hydrothermal solutions into the Paleozoic carbonate sediments. 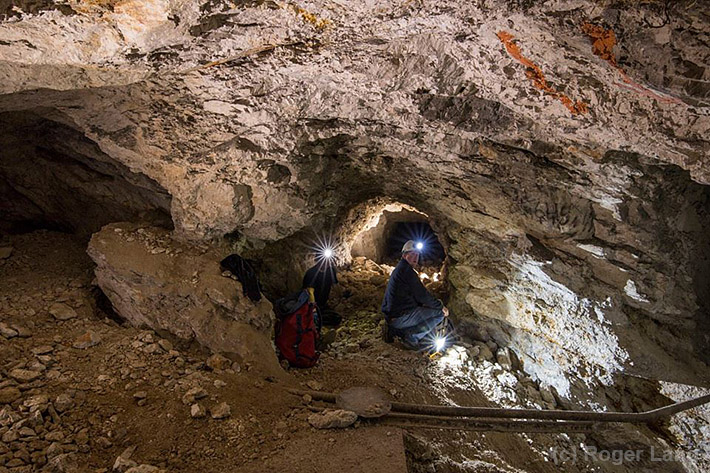 Collectors at work inside Union Mine in Mežica, Slovenia. Photo: Roger Lang.

An unusual European locality is the Mežica in Slovenia, where mine tours by train, bicycle, kayak, or on foot are available in the abandoned lead-zinc mine. The onsite museum, established in 1928, houses a collection of minerals, but the site is oriented more towards recreating the milieu of a mining environment. As in the American example, the Post of Slovenia honored the mineral with a stamp in 1997. Mežica area has over 300 mines and belongs to the Mississipi-Valley-Type (MVT) deposists. The famous wulfenite locality in Bleiberg, Austria is in the same part of Alps as Mežica. 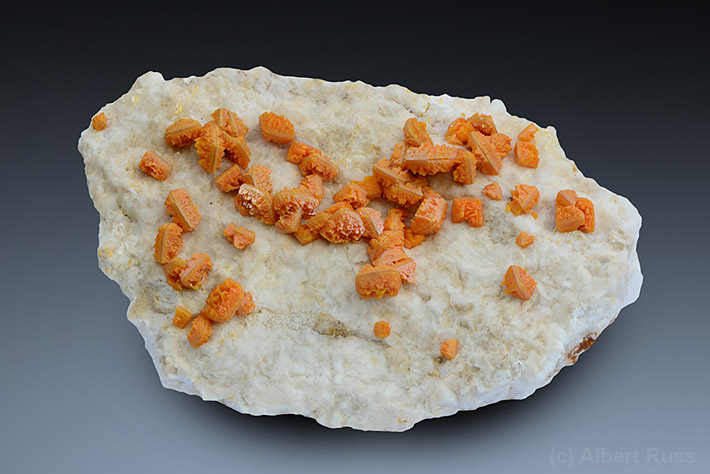 A unique occurrence is a ledge of galena-uraninite-asphaltite-wulfenite found in a magnesian limestone sequence in Ashfield, Nottingham, England.